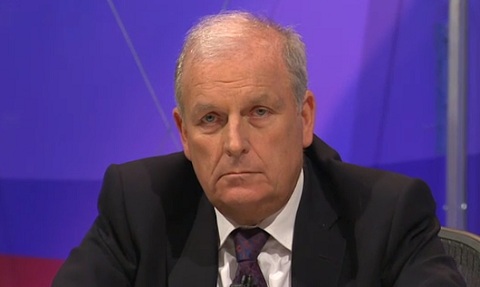 Surely Cameron will continue well beyond this year?

The appearance by ex-Sun editor Kelvin Mackenzie on BBC’s Question Time last night reminded me of his Â£1000 bet that he wrote about in the Daily Mail just a week and a half ago.

“I like a bet and sensed a killing was to be made when I saw a throwaway line in a Sunday paper. It said Rebekah Brooks, former chief executive of News International, was prepared to make public all the texts and emails sent between her and David Cameron.

Considering what might be in this correspondence, I asked Ladbrokes to give me odds on Cameron not being Prime Minister by the end of November. At 10-1, I wagered Â£1,000.

If I win, I will give my jackpot to the Help For Heroes charity. If I lose, though, I will have to stop reading the Sunday papers.”

The Leveson appearance by Rebekah Brooks didn’t quite produce the fire-works that Kelvin was predicting. On the big political picture it is true that the Tories/Dave are going through a polling slump but I’m not convinced that the party will get to the point when there’s a move against the leadership.

These things build up over very long periods as we saw with Mrs. Thatcher in 1989/1990. It is true that the Tories have history of ruthlessness against leaders thought to be failing but we are long way off the election and there’s time for recovery.

Ladbrokes is currently offering 7/1 on this bet. I’m not tempted.