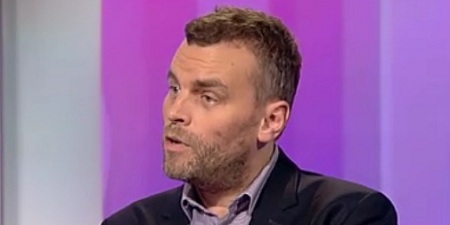 A week ago Tim Montgomerie astutely identified the need for the Conservative Party to being on the side of â€˜the little guyâ€™ as part of a renewed effort to win their first majority since 1992. The ConHome Editor pointed to research of marginals from Lord Ashcroft that showed that â€˜among target voters there is a sense that we are a party of the richâ€™. This is something that will not change overnight but can only hope to be achieved as a result of careful planning and commitment.

Yet in the last week we have seen a multi-millionaire advisor to the Prime Minister propose that employers should have complete freedom to sack employees without challenge. This was seemingly spun heavily by Downing Street despite opposition from their Coalition partners and a low likelihood that this would ever be implemented. For what purpose was this proposed? To flash ankle to disaffected backbenchers following the EU rebellion? To bounce Vince Cable to taking a stronger line against on other employment laws? Instead it certainly served to suggest the last defence against an unfair dismissal could be removed by the Conservative Party.

The Sunday Telegraph commentator Jenny McCartney recognises the damage this could do to the Conservatives:

â€˜It looks bad: Mr Cameron might not live like an ordinary person, but he has got to start imagining rather better what it might feel like to be one. It will prove increasingly hard for him to talk the language of one-nation Conservatism, if when the voters look up from their shrinking bank statements, all they can see is â€œthemâ€ and â€œusâ€.â€™

Elsewhere Â£350M cuts to legal aid are likely to force people with modest incomes to pay to represent themselves in court. The Chief Executive of the Law Society observed â€œthe losers will be victims of wrongdoing, who will in future be simply too intimidated by the financial risks to seeking redress.â€ The ongoing closure of Citizens Advice Bureaux as a result of substantial cuts further erodes support for people in need of support. Similarly those who want to access Child Support payments are set to face new upfront and ongoing maintenance charges. All are â€˜little guysâ€™ in one form or another.

What Cameron may not realise is that a considerable number of people in this country do not trust their employer to work in their interests or feel particularly secure in their job. Beecroftâ€™s proposal would give the green light to employers to unfairly dismiss employees for a raft of motivations and prejudices. Existing Employment Law in the UK does not deter job creation but instead merely aligns Cameronâ€™s party with the strong over the weak.

Montgomerieâ€™s hope that the Conservative Party will appeal to â€˜the little guyâ€™ in 2015 took another step backwards this week.