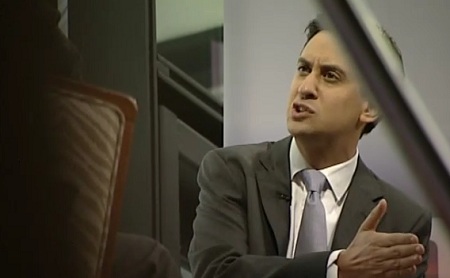 Is giving 3% to party “supporters” a gimmick

This morning we should get the result of the vote on the proposal to open the partyâ€™s leadership election to â€œregistered supportersâ€ as well as the three existing sections of the electoral college â€“ party members, MPs/MEPs and, ofcourse, the affiliates (essentially, as we know, the trades unions).

But how much difference would this make to the voting, and would it really significantly diminish the influence of the unions?

Taking the results of the last leadership election, we see that Ed finished with 46.6% of MP/MEP votes, 45.6% of membersâ€™ votes and 59.8% of affiliates. Now adding in the aximum effect, itâ€™s easy to calculate (with the magic of Excel) what percentage of votes of registered supporters David would have needed to override the union section, the only one his brother won.

Therefore I conclude that this proposal is a bit of a gimmick, theoretically reducing union influence without having a significant effect on the outcome. What other changes could be made to stop the situation which saw Ed elected against the wishes of both his partyâ€™s members and the MPs/MEPs? I can think of two.

Firstly, the three sections could be weighted not equally but to turnout. Thus with a turnout amongst MPs/MEPs of 100%, amongst members of 70% and amongst affiliates of 9%, David would have won in the final round with 53.1% of the electoral college (I have had to assume that the order of elimination of other candidates wouldnâ€™t have let anyone except the brothers making the final two). However, this system might be said to give too much say to MPs and MEPs, as their turnout will always be close to 100%.

The other option would be to require the winner to have the support of at least two of the three sections of the electoral college. To avoid the possibility of there being three different winners, this would still need the AV process as currently instituted to reduce the number of candidates to two, but then selecting as the winner the candidate with majority support in two sections without reference to vote margin. This would avoid any possibility of any group â€“ the funders of the party, the workhorses of the party and the public face of the party â€“ being able to impose its choice on the other two.

Ed Miliband should consider it.

London Statto has been contributing comments on PB for several years.