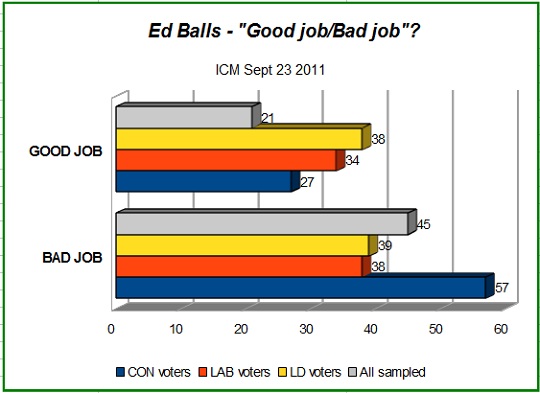 When asked whether the shadow chancellor was doing a good job/bad job the sample split 45% to 27% against the Labour shadow chancellor. Amongst those intending to vote Lib Dem the split was 38% good to 39% bad.

With Labour voters, however, only 34% were ready to put him into the “good job” slot with 38% saying “bad job”.

Given the crucial importance for Labour of recovering public confidence on the economy these should be worrying particularly as he can’t even win round party loyalists.

He had his big speech at the Labour conference this afternoon – I wonder whether he’ll see an improvement.