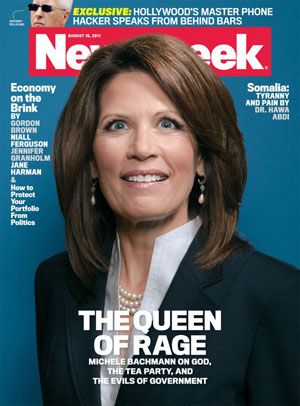 Can she win the Ames Straw poll?

In a few hours time thousands of Republican party activists will be arriving at the Iowa state university campus in Ames for what has become the traditional kick off in the party’s race to find it’s candidate for the White House. Early next year the state should be the first to hold a primary – in its case through the caucus system – and a good performance today is critical for several of the hopefuls.

Huntsman is by-passing the state completely, Romney, who won Ames in 2007, is not competing there, Perry has not declared yet though it’s expected he’ll do that this weekend while Palin is in Iowa but has yet to make her intentions known.

For Michelle. the only woman to declare, Ames matters more than for any of them. Iowa is where she was born and the social conservatism in the state should be fertile territory for her. She’s flung a lot in but currently is only second favourite with Intrade.

My guess is that a poor showing by Bachmann will provide the opening for Palin.

The money has been going on Ron Paul who is very well organised and whose anti-war libertarianism might not have a wide appeal within the party but those who back him are hugely enthusiastic.

As a trail-blazer for the event Fox TV held a debate in Ames on Thursday for the declared candidates. If you’ve got some time to spare watching that debate here will give a real flavour of the fight that’s going on.

I think that it’s a 50-50 chance today between Paul and Bachmann.