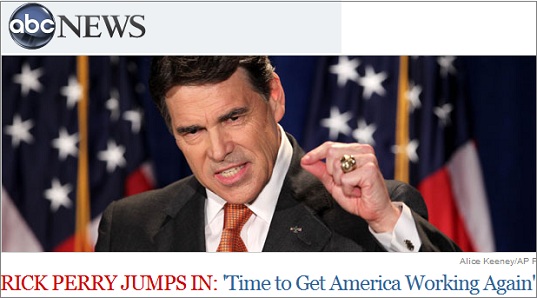 Will all the signs suggesting that Michelle Bachmann is heading for victory in the Aimes Straw poll – the first electoral test of the 2012 race – the big news tonight is likely to be the entry into the contest of Texas governor, Rick Perry.

Bachmann’s victory, expected to be announced in the next half hour, enhances the credibility of her campaign, help with fundraising and also puts the spotlight on the losers. Although the Aimes event has no binding effect the failure of Tim Pawlwenty in particular might make it harder for him to carry on.

Perry’s announcement, just as the Aimes vote was closing seems designed to take take a bit of a gloss off the straw poll winner.