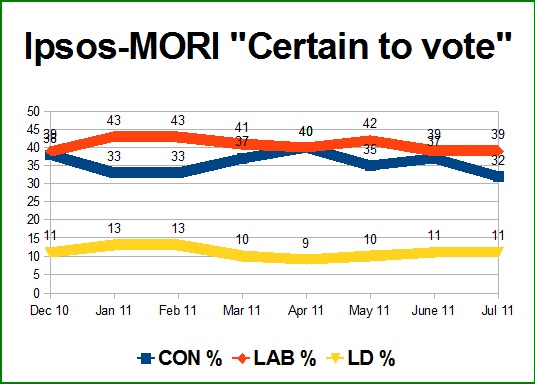 The third major telephone poll of the month, the July political monitor by Ipsos-MORI for Reuters, is being published this morning and looks set to have bad news for the blues.

Although the actual figures are not yet available the above chart has been based on data from a Reuters news video which can be seen here.

The Tory share of 32% is the lowest with the pollster since the general election.

According to the report Cameron’s personal satisfaction ratings have also moved downwards and with Miliband’s improving there is now only a gap of one point between the PM and the opposition leader.

I have not yet got the precise details from the survey but this chart is in the Reuters video. 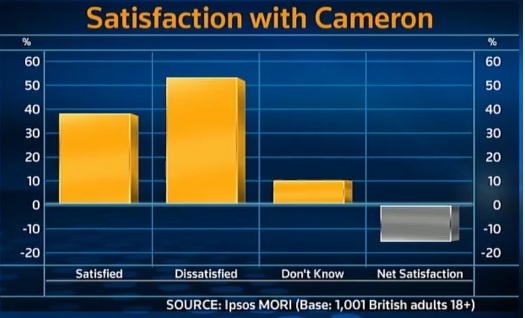 The big question is whether these trends – Dave going down and Ed going up – will be sustained.

The Ladbrokes price against Cameron being the next cabinet exit has tightened even further to 4/1. Less than two weeks ago one bookies was offering 150/1