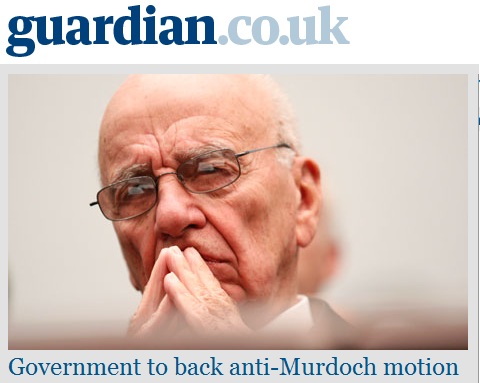 Is there now cross-party consensus on hacking?

Events in the hacking scandal have moved at a breath-taking pace and this evening the three main party leaders, Cameron/Clegg/Miliband, are meeting to start to hammer out to discuss the terms of reference of the two inquiries into the multiplying scandals.

Tomorrow’s debate will be on a Labour motion that “The house believes that it is in the public interest for Rupert Murdoch and News Corporation to withdraw their bid for BSky.” which looks set to attract support from all sides.

What’s extraordinary is the level of political agreement that now exists.

Who would have thought a week yesterday that MPs from the three main parties would be joining together to support an anti-Murdoch resolution?

The resolution is not binding in any way but such a show of political unanimity is going to be hard to ignore.

As I said a week ago – I think the BSkyB bid is dead.