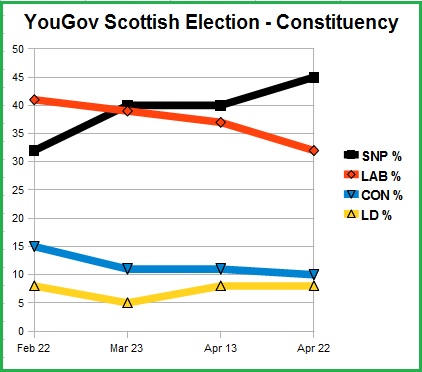 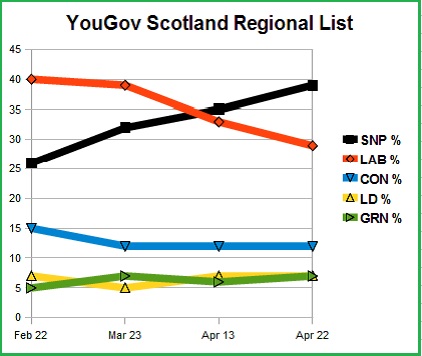 Can anything stop Salmond’s party now?

Just a week and a half to go before the general election for the Scottish Parliament a new YouGov poll for Scotland on Sunday reports very similar trends to those we saw on Thursday from Ipsos-MORI.

There appears to have been a sharp collapse in the Scottish Labour position over the past week with the SNP now touching vote shares in both sections which could leave the party only a few seats short of a majority.

For those who’ve been gambling on these elections this change is extraordinary and I’m looking forward with increasing confidence to a big pay-day a week on Friday.

Just four days ago I backed the SNP to win most seats at odds greater than evens and Scottish Labour was the favourite to come out on top. The detailed numbers from the poll with changes on last week are:-

So a night with lots of numbers.

The top pollster at the last Scottish elections in 2007 was ICM and I would be more reassured if we had a recent survey from that firm for comparison.