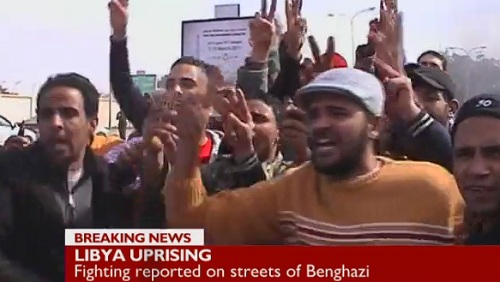 Or is a ground war the only way of removing Gaddafi?

Lots of developments tonight following the launch by the coalition forces of the joint military action to protect civilians in Libya.

The worry is how this will come to an end and isn’t there a danger that Gaddafi will just be able to stay in place unless there’s a ground campaign to remove him?

Saddam, after all, managed to remain in place in Iraq with a no-fly zone above his country for eleven years.

At the same time there’s a battle for hearts and minds not only in Libya but in the region as a whole. Inevitably the coalition’s actions will lead to civilian deaths which will be pure gold for Gadaffi’s propaganda team.