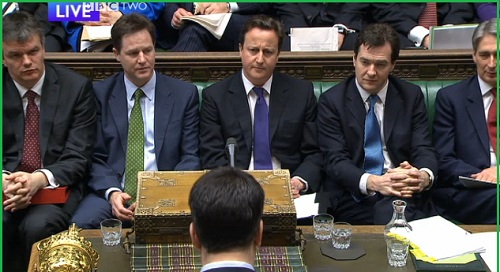 On the face of it this should have been an easy PMQs for Ed Miliband. The government’s performance over the past week or so has been far from opitimal and there was plenty of material to play with over the Libya issues and the role of William Hague.

Yet somehow EdM’s attacks failed to stick and it was Cameron who came on top.

Anticipating the vulnerability of Hague the PM had a well prepared sound-bite – “I know only one person here who has knifed a foreign secretary â€“ and I’m looking at him”.

EdM’s response that Cameron bringing members of his family into the encounter meant the PM had lost the argument didn’t resonate.

Whether it counts for much in the big wide world I doubt – but a session that should have been an easy win for Ed ended up as a defeat.