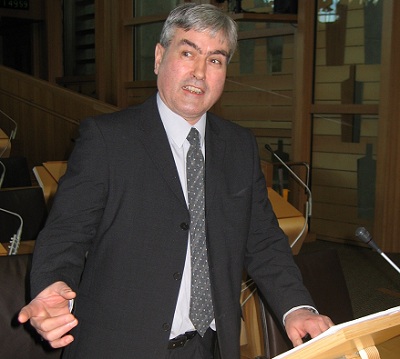 A guest slot by Lucien Fletcher

Unless all opinion polls are utterly wrong in Scotland, Labour will be comfortably the largest party in the Scottish Parliament post-May 5th. The only question is whether the polls are, as seems historically likely, understating the minor parties. Labour should either win outright or come fairly close. Iain Gray will probably form a new Scottish Government. His decision is likely to be whether to go it alone or to invite the remaining Scottish Lib Dems to join him.

One of Labourâ€™s priorities over the next few years should be to build bridges with the Liberal Democrats. The Lib Dems remain the likely coalition partner for Labour at Westminster in the event of a hung Parliament.

A significant number of Liberal Democrats are angry that the Lib Dem decision to join the coalition government has been portrayed by Labour supporters as some kind of â€˜betrayalâ€™ This attitude looks like a patronising view of the Lib Dems as a younger sibling of a political party. At best, this is patronising and at worst, a gross insult.

In the event of the Scottish Parliament elections failing to deliver a Labour majority, I suggest that Iain Gray should seek to build a coalition at Holyrood. This could form a major plank in the rapprochement plan. It would prove to the public that senior Labour members have the political maturity to move on from 2010.

The Scottish Liberal Democrats will probably realise they are being used by Labour in such circumstances but they could find that they have little option other than to seek an ally on the left post-May 2011. Opinion polls suggest the Lib Dems to have lost almost half their support in Scotland since the 2010 general election. Dissociating themselves partially from the Tories in Scotland by joining a Labour administration in Holyrood might be the only thing to save them in all their seats outside the Highlands at the next general election.

Labour will almost certainly perform well in May. The party must use it as a platform for creating a credible alternative to the current coalition. Whether it is through steady and responsible single-party government or a new centre-left coalition is up to the Scottish electorate and Iain Gray to decide.

Lucien Fletcher is a pseudonym for a former Scotland, Wales and Northern Ireland editor at Dod’s who now who works on a Scotland-focused website.