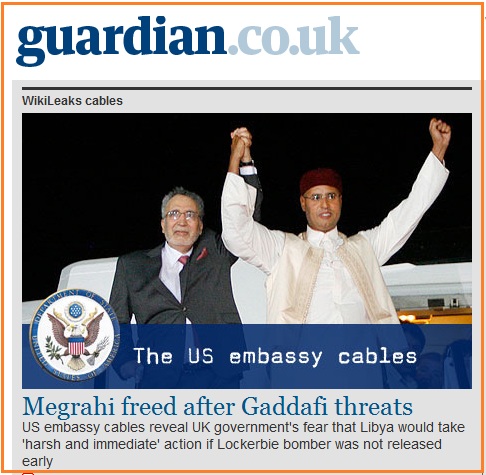 Will the revelations take the heat off the SNP?

Over the past eighteen months the SNP government in Edinburgh has taken a lot of stick over the decision to free Abdelbaset al-Megrahi, the man convicted of the Lockerbie bombing who was serving a jail sentence in Scotland.

Now, thanks to Wiki-leaks in the Guardian, we’ve got what appears to be the real story – that Libya was threatening to take “harsh and immediate” action against UK interests in the country if Megrahi died in prison without returning to his home-land.

The cables go into some detail of the threats involved and we all recall what happened – it was the Scottish government that made the decision that Megrahi should be released on compassionate grounds.

Looking at the pressures facing both London and Edinburgh it is hard to see what else they could have done.

Sometimes being in government involves what appear to be dirty deals but the alternative as in this case was surely much worse.

What is for sure is that this will not be the end of the matter. North of the border all parties are preparing for next May’s elections to the Edinburgh parliament and the SNP was quick to recall last night how Scottish Labour had used the release decision last year as a stick to beat the SNP.

I think that the leaks might help the SNP.