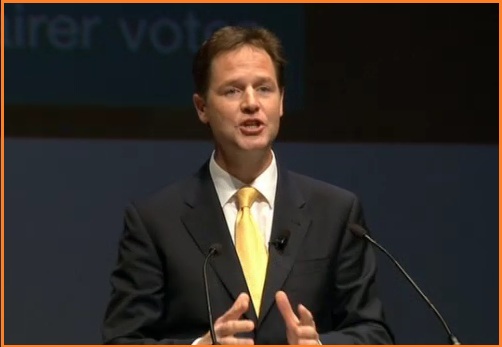 Will the YES voters be more likely to hold on?

With just two days to go before the big vote on student fees the Lib Dem parliamentary party has been meeting to hear their leader, the deputy prime minister and “Parliamentarian of the Year”, Nick Clegg.

He told them it would be “better to walk through the fire together” to support the policy and confirmed that he would personally vote for the proposals.

This is a big decision for each of them with the possible exception Mike Hancock who has probably got other more pressing things on his mind. For what each does could have a big bearing on what happens to them at the general election.

So who are going to fare best – those voting no, those abstaining or those who vote for the proposals?

In my judgement the best electoral survival strategy is to follow Clegg. The whole point of going into coalition was to deal with the economy and that was always going to require tough decisions.

Those who have stuck with it will get the kudos and for showing resolve in the face of a lot of pressure.

Those who go the other way will be a party within a party which might mark the demarcation line for any future split.

Over the coming months and years I will try to monitor the electoral fortunes of the two camps.

Meanwhile PaddyPower has opened a market on the number of abstainers.