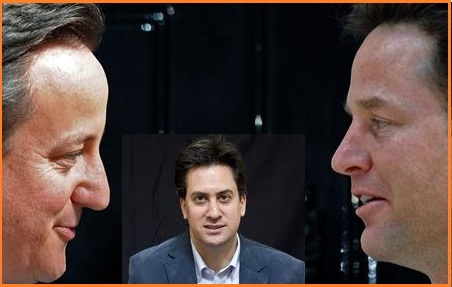 What would happen in each of the parties?

For the last hour or so I’ve been lying awake pondering what would happen if there was an unexpected vacancy in each of the three parties. Who would take over and what would be the consequences?

The easiest, I think, would be with Labour. If Ed Miliband was suddenly unable to continue in the job then there would only be three realistic choices – Harriet Harman (20/1), David Miliband (5/1) or Yvette Cooper (4/1). The prices shown are from Ladbrokes.

The question is whether there would be a contest or not and given how recent the last leadership election was my sense is that David Miliband would get it without opposition – after all he would have been declared winner in September if the election had been by first past the post and when all the alternative votes had been counted he was still ahead amongst members and MPs.

A sudden vacancy in either the Conservative party or with the Lib Dems could set off internal arguments about the coalition and might even put the whole issue of last May’s deal into question. Amongst the possible yellow contenders would be Chris Huhne (8/1), Danny Alexander (10/1) and Tim Farron (5/1). The profile of the latter is increasing because of the current contest for the party presidency.

My guess is that Alexander would stand aside and that there’d be a fight between Huhne, who only missed by a few hundred votes in the last leadership election in 2007, and Farron.

The latter might try to turn it into an internal referendum on the coalition but Huhne has the name recognition and the cabinet position which would take him to victory.

The Tory fight would be a long, complicated and perhaps bitter battle because of the party’s electoral system and the prize would be the keys to Number 10. It will be recalled that MPs have a series of ballots to determine which two names go forward to the membership.

Ladbrokes makes Boris the 4/1 favourite which is ridiculous given that he isn’t even an MP. Next in line is Michael Gove at 5/1 and I’m far from convinced about his appeal.

But the final run-off, surely, would be between George Osborne (8/1) and William Hague (10/1) and it’s a hard call between the two of them. If pressed I’d probably go with Hague.

There is, of course, no vacancy at the top of any of the parties.