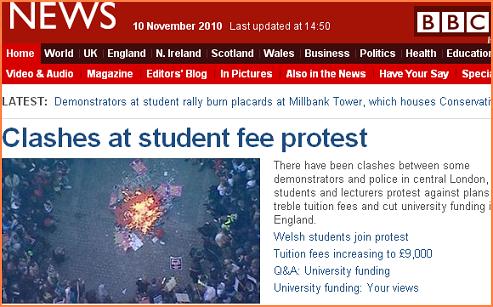 How important is the student vote?

As promised the NUS has launched its campaign of protests against student fees with a threat to unseat Lib Dem MPs.

The situation is developing and the question is what will be the impact politically?

It’s that grunt work that could make them more politically powerful. As it is my guess that what today will do is lose them support. The public is generally unsympathetic to demonstrations of this nature.