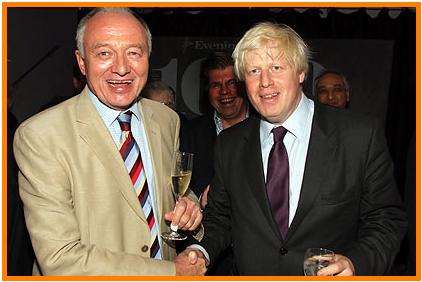 Have they chosen a loser rather than a potential winner?

I’ve been out for most of the day and am only just catching up – and one thing that stands out is the ComRes poll in London.

For while it shows the red team in a healthy 39-36-16 position on Westminster voting intentions in the capital the responses for the 2012 London mayoral race, paints a grim picture.

Boris Johnson is ahead by 44-35 with almost one in five of those who’d voted Labour at the general election saying that in the mayoral contest their vote would be for Boris.

For Johnson to be picking up that level of support from Labour voters is extraordinary.

There’s the outer-inner London gap that we saw with Boris’s victory in 2008. Ken leads in inner London by 43-32 but in the outer London areas Boris is ahead by 50-31. What makes this particularly significant is that turnout tends to be much higher in the outer suburbs.

Quite why Labour decided to push forward with an election for its candidate so quickly is hard to fathom. It’s said by insiders that the time-scale made it more difficult for a credible alternative to Ken to emerge.

I think the party has made a mistake. The 2012 election represented a great opportunity for Labour but having Ken as their flag carrier means that it will be hard for them to win what could have been a key victory in the run-up to the general election.

The old bruiser is – well, just too old.