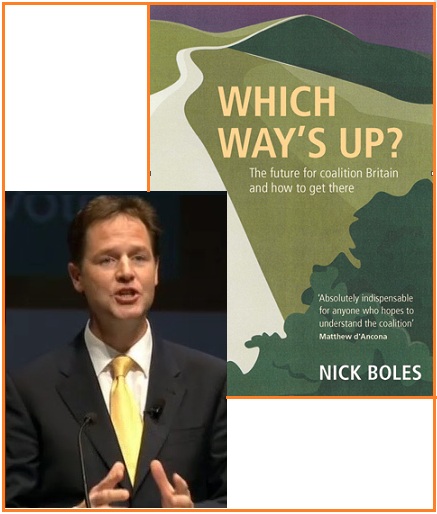 Was it designed to make Nick’s conference easier?

What’s likely to produce the loudest applause during Nick Clegg’s big speech this afternoon will be when he makes clear that the coalition deal is for one parliament only and that there will be no pact with the Tories at the next election.

For the prospect that something might just be on the agenda has been simmering since last Monday following the publication of a book in which the idea is floated by rookie Tory MP and close Cameron aide, Nick Boles.

A week ago the Speccie’s James Forsyth wrote: “…the truth is that Boles is a key figure, one of the early modernisers and a member of the Cameron circle. That he is publicly floating the possibility of an electoral pact shows that it is a subject of discussion amongst those at the very top. Notably, David Cameronâ€™s spokeswoman did not slap the idea down when asked about it this morning”.

Inevitably it’s been a big talking point amongst LDs gathered in Liverpool because it takes the coalition initiative far beyond what many would countenance and reinforces the ongoing uneasiness.

But it also provides a massive fox for Clegg to shoot and a means whereby he can underline precisely what the limits of the of the coalition arrangement are as far as he’s concerned.

Maybe it’s just me but all this seems a bit too convenient. Was the floating of the idea by a key member of Cameron’s circle a deliberate strategy designed to help Clegg with his party during his first post-coalition conference? It provided something that he could knock down

Forsyth’s blog a week ago was headed “Who is behind Nick Boles’ proposed electoral pact?“. That’s not been answered but in politics it’s generally wise not to take things at their face value.

As it is Lib Dem delegates will feel that a Tory plan has been thwarted.