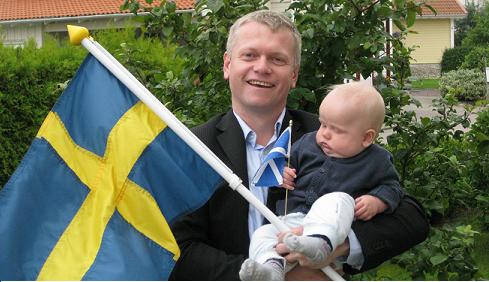 Are the Swedish Social Democrats, the most successful labour party in the world, about to have their worst general election since 1908?

As an undergraduate studying economics at Strathclyde University in the late 80s, I can remember our lecturers spending time on expositions of the Middle Way between capitalism and communism, exemplified by the Swedish Model or Folkhemmet (The Peoples’ Home). At that time of my life I thought of myself as a social democrat, and I was very taken by the Middle Way concept.

However, I only really fully abandoned my attachment to social democracy when I moved to the spiritual home of that philosophy: Sweden. The country had been slowly throwing off the shackles of DDR-Sverige since EU accession in 1995, eight years previously, and the excitement of a land in transition was tangible. DDR-Sverige (East German Sweden) is yet another term used to describe the long period of almost exclusively Social Democrat governments between 1936 and 1991. Indeed, it was East Germany and Yugoslavia, rather than the Soviet Union which many left-wing Swedes looked to for inspiration. I know how daft that sounds now, but it perhaps it didn’t sound quite so daft 50 years ago.

Now, in September 2010, is the final stake going to be driven into the heart of the bloodthirsty monster, the living dead, that is the sprawling Swedish welfare state? Is the once all-mighty Social Democratic Workers’ Party about to obtain its lowest national share of the vote since 1908? And in doing so, lose 2 general elections in a row for the first time in over 100 years?

If the polls and the bookies are correct (and I think they are), then the answer is ‘Yes’. But the question is: why? And why now?

One answer is that social democracy has served its purpose: people no longer live in draughty, damp housing. They have fine education, health and transport systems, and good pensions. They no longer think of themselves as stroppy “workers”, but as happy employees or entrepreneurs. Being borgerlig (bourgeois) and middle-class is no longer a badge of shame. Social democracy served its purpose, and can now be safely discarded. A generational shift has occurred, and the old party battle words like “solidarity”, “equality” and “brotherhood” just make modern Swedes squirm with embarrassment.

And Mona Sahlin, the current Social Democrat leader, is no Hjalmar Branting, Per Albin Hansson or Olof Palme. These men were giants of Swedish life, who dominated the political history of the last century in the same way that David Lloyd George, Winston Churchill and Margaret Thatcher are mighty, almost mythical, figures in 20th-century British politics.

According to Newsweek, Sweden is the 3rd-best country in the world (the UK is 14th). And according to the World Economic Forum, the Swedish economy is the 2nd most competitive in the world (the UK is in 12th place). The state deficit will be paid off by next year, and the most recent growth estimate is nearly 5% per annum. The krona is strong, and the ‘No’ vote in the 2003 Euro referendum looks like a fantastic decision in retrospect. In short: life is sweet on the other side of the North Sea. Very sweet. The only bitter taste in the mouth for Swedes is that Norway is living an even sweeter life on the oil revenues.

The Swedish media has focused a great deal on the possibility of a hung parliament, with the BNP-ish Sweden Democrats holding the balance of power. That would be unfortunate, but I can’t see it happening myself, and even if it does, it is likely to be a flash in the pan. The real story is the catastrophic campaign by the Red-Green opposition coalition. The Social Democrat polling figures (and Mona Sahlin’s net approval ratings) plummeted as soon as the ink was dry.

The centre-right governing coalition of PM Fredrik Reinfeldt looks relaxed, happy and confident. Formed before the 2006 election, while they were still in opposition (a crucial difference from the rushed, post-election Cameron/Clegg stitch-up), the parties give every impression of thoroughly liking each other, and being a great, functioning team, as they head into their second general election together.

In contrast, the three parties in the opposition Red-Green coalition, cobbled together in late 2008, give every impression of wishing the whole election was over. Quickly. They want to be put out of their misery.

Most readers will be unfamiliar with the Swedish parties, so here is a summary:

Moderate Party, led by PM Fredrik Reinfeldt: they are fighting as the “New Moderates” (cf. “New Labour”), delivering high employment. Cheeky slogan: “We are the only workers’ party” (a play on the official name of the Social Democratic Workers’ Party). They lie to the left of the English Conservative Party, and are thoroughly pro-EU.

Christian Democrats: the party at most risk of failing to breach the 4% threshold to get back into the Riksdag. They will probably be saved by their affable, likeable new leader GÃ¶ran HÃ¤gglund, a surprise star-performer during the campaign.

Peoples’ Party (liberal): probably the most “awkward” member of the Alliance, but have confounded many critics by being very loyal to Reinfeldt. They bang on about education and almost nothing else.

Centre Party (liberal): the former agrarian party, with a big base in many rural areas and almost non-existent in the 3 big cities of Stockholm, Gothenburg and MalmÃ¶. Have moved dramatically to the right under their dynamic free-market leader Maud Olofsson, who has also dragged them to a pro-nuclear energy stance (with surprisingly little internal opposition). Profile themselves as the greenest party within the Alliance.

Social Democrats: what can I say? An abysmal campaign under an embarassingly poor leader in Mona Sahlin. Their shadow finance minister Thomas Ã–stros is even worse. The popular Thomas BodstrÃ¶m (who really ought to have been leading them) emigrated to the United states a couple of weeks ago. Oh, how they grieve the tragic murder of Anna Lindh. She would probably have beaten Reinfeldt.

Greens: under 2 leaders, one of whom – Maria Wetterstrand – is one of the most popular politicians in the country. They will do well in urban Sweden, but they are hugely unpopular in traditionally left-wing northern Sweden, due to their policy of hiking up petrol taxes. This is losing their Social Democrat allies swathes of core voters.

Left Party: officially dropped the word “Communist” after the fall of the Berlin Wall, but many of their leading lights still describe themselves as such, including their gormless leader Lars Ohly. A murky history of support from Erich Honecker’s East German Communist Party still casts a grim shadow over the party, and they sorely miss their popular 2006 leader Gudrun Schyman, who defected to the Feminist Initiative.

In summary: this is a betting blog, and I’m afraid that I just don’t spot any value in the current bookies’ or Betfair prices. Rather, this election is interesting for the parallels with the ConLib coalition in London, and for the lessons that we can draw from the long, slow decline of social democracy in its very heartland. Now, if we could just get the Scots to stop voting Labour…

In addition to being weel kent to PBers as a supporter of Scottish independence, Stuart is a Swedish citizen, and a member of the Moderate Party.