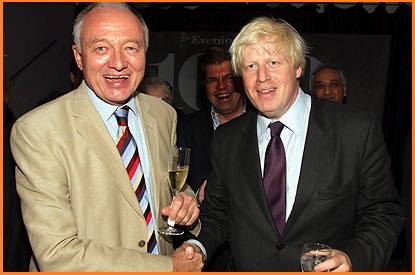 Can Ken get his old job back?

The big news this morning in the 2012 London Mayoral race is that Boris Johnson has confirmed he will be seeking re-election for a second term.

In an LBC interview he said he wanted to stay on beyond May 2012 because he had “more to do” improving the capital and overseeing the Olympics – “It is my intention and indeed I have written to seek the nomination to serve as Mayor for another term”.

This ends a period of speculation because there had be much talk of him making a return to the commons as an MP and the possibility that at some stage of him challenging for the party leadership.

Ken Livingstone, who will be 67 in two years time, looks set to take the Labour nomination which is being voted upon at the moment.

On Betfair Boris is 2.1, Ken 2.38 and Oona King 7.4. In the next Tory leader betting Boris remain the favourite though I suspect that today’s news might change that.