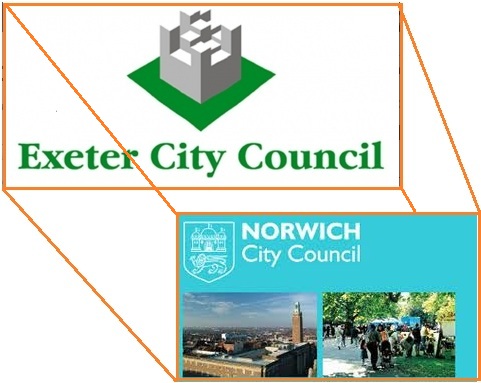 What do last night’s results say about current opinion?

Imagine the scene: You’re the chief executive of a local council who has been told that unitary status has been granted. So you then make all the changes needed but then a general election is held, a new coalition government comes in and says “You know that unitary status you’ve been granted, we’re not that convinced!” That’s precisely what happened to Norwich and Exeter and last night both councils held what some people are calling by-elections and some people deferred elections

At the 2008 local elections Norwich was one of rather an exclusive group of councils. Of the 39 members, Labour had 15 members, but it wasn’t the Conservatives (5 members) or indeed the Liberal Democrats 6 members) who were the next largest grouping but the Green Party with 13 members. So it was perhaps no huge surprise that at the 2009 European Elections the Greens topped the poll in the city with 25%. So last night Greens had a chance to gain control of Norwich Sadly those, those plans to gain control did take a slight dent yesterday.

With all the votes counted, it was in fact Labour who topped the poll in the city polling 35% (+10% on 2008), the Greens polled 27% (-2% on 2008) with the Conservatives 19% (-4%) and Liberal Democrats 17% (-4%) and UKIP 2% (+1%) bringing up the rear. So whilst naturally disappointed that they suffered a 6% swing away from them to Labour since the 2008 elections, they were pleased to have picked up an extra seat confirming their position as the main challengers to Labour. But, as you can imagine, it was Labour who made the headlines stating that this proved that the Coalition’s policy of deficit reduction now was wrong and that people were supporting Labour’s policy of stimulus now, then cutting. I, on the other hand am not that convinced. The more likely reason is that Labour did so badly in 2006 – 2009, the only way to go is up. And this has been borne out in the local by-elections in other parts of the county. In the by-elections in wards that were last elected in 2007, Lab is up 2%, the Conservatives down 10% and the Lib Dems down 5%. In the 2008 wards, Lab have a lead over Con of 20%, in the 2009 wards there is a swing of 5% to Lab and in the wards elected at the same time as the general election, there is an 11% swing to Labour.

Just like Norwich, Exeter too has it’s own local party. The Liberals (not to be confused with the Liberal Democrats). At the last elections in 2008, they won four seats (second only to Wyre Forest with 6 Liberals and only slightly ahead of Liverpool with 3 Liberals). Sadly for Exeter Liberals, last night was not their night as Labour had another good result (after holding Exeter at the general election despite all the opinions that it would be a solid Conservative gain). Labour ended up winning seven seats (+2), the Liberal Democrats won 2 (-1) and the Conservative made no real headway (gaining two, but losing two at the same time). Turnout was hardly inspiring at just 28% but with the council back up to it’s full complement of 40 members, Labour are now the largest party and given what appears to be happening nationally must be fairly confident of being able to gain outright control of the council at the next elections.

So what do these two sets of elections tell us about the state of the coalition? Well, clearly of the main parties Labour are making headway (as seen in the national polls), with the Conservatives and Liberal Democrats suffering in more or less equal measure, but it also tells us that where there is a strong local national party (such as the Greens and the Liberals) they are more than capable of springing a few surprises. Could this mean that in next year’s mass elections in all parts of the UK bar London, we see the first Green Assembly member in Wales? the first Liberal councillor in Birmingham? or indeed a local independent in the Scottish Parliament or Northern Ireland Assembly? we shall have to wait and see.