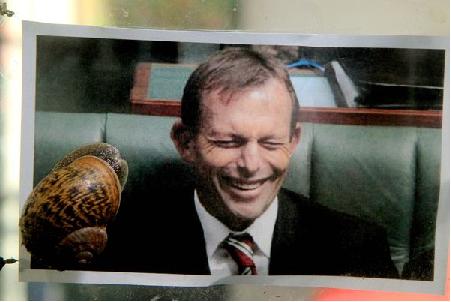 With less than a week to go until the 2010 Australian federal election, we are now seeing a deluge of polling â€“ giving us some mixed messages.

The second week of the campaign was the most difficult week of the campaign for Labor, with leading journalist Laurie Oakes running a story that Julia Gillard was wary of supporting a paid parental leave scheme during a Cabinet meeting. Key pollsters such as Newspoll, Galaxy and AC Nielsen saw the Liberal-National coalition briefly ahead.

Since then, commentators have judged that the momentum is with Labor, with the most recent polling giving small leads to the Government. Monday’s Newspoll in the Australian has Labor ahead on the “Two Party Preferred” after preferences have been allocated, by four points – 52 to 48.

A number of interesting features have emerged during this campaign. Key among them are:

1. A clear geographic divide has emerged on the support bases for the two leaders. The Coalition appears to lead in Queensland and Western Australia, a smaller lead in New South Wales, whereas Labor leads strongly in Victoria, South Australia and Tasmania. Not since 1990 (the last time Queensland and Victoria were at opposite ends of the spectrum) has there been such a pronounced regional split. Some polls suggest that this swing to the Coalition is concentrated most in the marginals.

2. The betting markets have been all over the shop. At one point the Coalition was in as far as $2.27 but now we see odds well over 3.60. My guess is that the Coalitionâ€™s odds will continue to drift out.

3. Media buying and advertising expenditure on television has massively favoured Labor. One contact put to me that Labor had outspent the Coalition in regional Queensland â€“ a key target for Abbott to regain seats â€“ by four to one. If so Labor must be considered favourite to leverage the value of incumbency effectively.

What does all this mean? Elections can change in the last week of a campaign, but the smart money, electoral history and polling all point to a smaller Labor majority. I am going to chance a prediction of something like ALP 78, Coalition 68, Other 4. Similar to Britain earlier this year, this election will also see the first Green elected to the House of Representatives at a full general election, with Adam Bandt winning the federal seat of Melbourne.

Alexander Drake posts as â€œNorth Sydney Correspondentâ€ on PB.com and has been both an adviser to Liberal governments in Australia, and at Conservative Central Office in the UK.