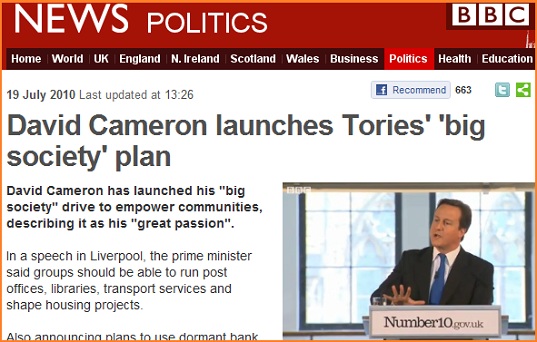 Will voters still not get it?

The day’s big political news has been David Cameron’s speech setting out more of his ideas for what was a key part of the Tory election campaign – “The Big Society”.

It hardly moved opinion in April and after listening to his speech today I am not much wiser. The trouble is that the words themselves are almost meaningless.

My guess is that the political motive is to try move on from the cuts narrative with a message that the Tories do care.

The emphasis on philanthropy is a good one but how well will it go down amongst voters who’ve been brought up to believe that many core provisions are funded by the state?

And having spent the last decade and a half as a professional fund-raiser I can tell him that the toughest giving proposition is to ask someone to provide support to deal with the consequences of government cut-backs. Donors like to fund the new and innovative not to keep sustain things that already exist.