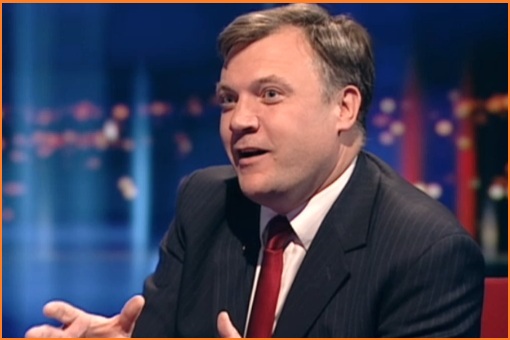 Why I’d be backing Balls if I was Labour

There’s been a lot of attention on Ed Balls over the past couple of days as nominations for the Labour leadership are about to close and the race proper will begin.

The shadow schools’ secretary had a good appearance on the Politics Show on Sunday and had to miss the first hustings because it was education question yesterday in the commons. The big news from the former was his readiness to criticise Brown, his former mentor, while he had an assured performance in the latter.

It strikes me that by the time voting starts in September the reality of Labour’s election defeat will have been more absorbed by the movement which will want what it sees as the most effective Tory fighter as its leader.

Of the six hopefuls Ed Balls is not the nicest, or the prettiest or the most eloquent (though all fall short on that score) but he’s a bruiser and that could be what Labour wants then.

As James Forsyth noted yesterday on the Speccie blog Balls has got into the opposition mind-set and is looking effective. With the schools portfolio he’ll be well-placed to shine when the coalition’s cuts programme is revealed.

For with the foreign affairs and climate change portfolios the Miliband brothers might find it harder to demonstrate their political and leadership skills before the summer recess.

The main USP for the other likely contender, Andy Burnham, is that he went from a northern comprehensive to Cambridge and I’m sure I’m not alone in finding his continued repetition of this line a bit tiresome.

I still think that David Miliband is going to win – but don’t write off Balls.