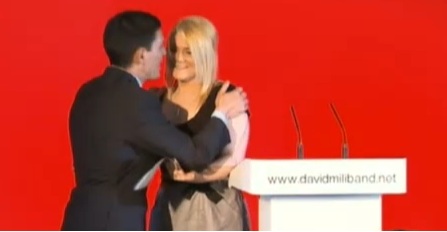 Is the momentum enough to see one over the line?

With less than two weeks to go until nominations close, three candidates for the Labour leadership have now received the 33 nominations necessary to secure their place on the ballot: Ed and David Miliband and Ed Balls. Andy Burnham is just half way to the threshold while Diane Abbott and John McDonnell are stuck in single figures.

There are still around 100 Labour MPâ€™s yet to declare but with the leading candidates clearly wanting to vacuum up as many as possible in their cause, Abbott and McDonnell will certainly struggle and even Burnham might not make it – the Milibands have more excess nominations than the three backmarkers have in total.

The question Burnham has to answer is what does he really bring much that one of the front-runners doesnâ€™t? His campaign website doesnâ€™t provide any answers (at least, not without joining a mailing-list up front), and looks amateurish, to be kind. In fact, things like his campaign launch, media non-appearances and website all contribute to an appearance that heâ€™s just not trying very hard. MPâ€™s have a keen sense for that sort of thing and if that is the impression that comes across, I really canâ€™t see him winning the one-sixth of the undeclared Labour MPâ€™s he needs to make the election.

That just leaves the three already declared. Perhaps it wouldnâ€™t be too surprising. There havenâ€™t been more than three nominated candidates in a Labour leadership election since 1983 and the rules were different then.

What then of Ed Ballsâ€™ chances? In many ways, he ought to be the candidate most suited to leadership in opposition, which is about taking the fight to the government and laying out an alternative which is attractive and easily understood – and Balls looks happiest doing both of those. On that basis, the odds on him winning – still in double figures – look attractive, yet that very length in a small field imply concerns, as does taking nine days to reach his 33 nominations, beyond the original deadline.

Ballsâ€™ entire political career up until now has been in Gordon Brownâ€™s innermost circle and his personal and political style both look similar to his mentor. That wonâ€™t necessarily be as big a negative as some in other parties might assume but itâ€™s not exactly ideal either, particularly for the MPâ€™s section.

However, in allowing a long contest, Brown may have done Balls the favour that Howard did Cameron (an even bigger one perhaps, in that heâ€™s left the field as well). That long campaign obviously played to Cameronâ€™s strengths; this one may play to Ballsâ€™.

There will be time to compare and contrast their performances in debates and on the media. Whether that will be enough Iâ€™m not sure: heâ€™s still a lot of ground to make up but Labour has liked someone with a bit of passion in their oratory and fire in their belly in the past and of the three (or four if Burnham does make it), Balls looks most capable of delivering those sort of performances. One other factor will be the left-wing vote if neither Abbott nor McDonnell make it, as is likely. Balls has already started courting that vote with his Iraq War comments.

It might not be enough. His negatives might be just too much whatever else happens but I wouldnâ€™t bank on it, especially at current odds. Thereâ€™s four months until the Labour conference and thatâ€™s more than enough time for the Milibandwagon to get stuck.