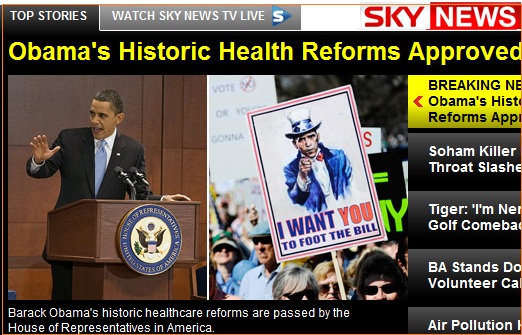 The big overnight news is Obama’s victory by 219 votes to 212 in the House of Representatives for his controversial healthcare reforms after a prolonged and massive battle.

There’s little doubt that if this had failed then his chances winning of a second term in 2012 would have suffered a major blow. In the past months his approval ratings have taken a sharp knock and getting this through had become a test of his presidency.

The final vote was tight with every Republican representative voting against as well as 34 Democrats.

How this will go down amongst the voters we will see in eight months time when the crucial mid-term elections take place. Generally the party of the incumbent president does badly and Obama’s powerful position in Congress could be threatened.

Ladbrokes now make Obama the 10/11 favourite to win the next White House race. Last night he was 11/10.