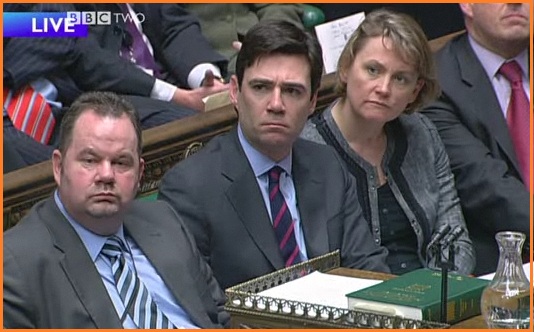 Or is this going to linger through the campaign?

After last night’s Jeff Randall interview with Alistair Darling it was obvious that the “forces of hell” comment was going to be raised at PMQs. Cameron put it well and Brown appeared to flounder.

Darling sat next to Brown and the former seemed to be trying to back his boss up. In fact they were so close that at one point Cameron commented that if the two had “sat any closer they’d start kissing.”

But is this going to carry? Will Darling’s pithy comment continue to be raised or has Brown closed it down?

Probably not. For the challenge, of course, is that negative comments by a chancellor about Number 10 are always going to be news and are going to be remembered.

Darling has a credibility in this and it’s hard to see that this is not going to be damaging.