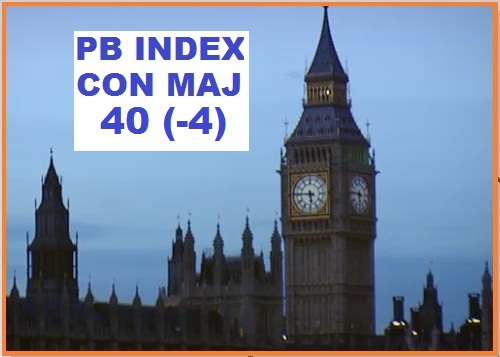 This is the first PB Index for nine days and it shows only a four seat drop in the projected Tory majority since February 13.

The spread prices featured above shows thart the money continues to support a reasonable Tory majority even though this is a bit out of line with recent polling.

We are seeing the same characteristic that we’ve observed before – the Tory poll lead is getting smaller but there are few gamblers about prepared to back Labour.

The PB Index is an attempt to show how gamblers are viewing the coming election by extrapolating a projected outcome from betting prices.