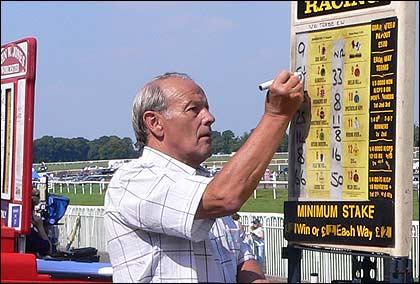 A few bets for consideration at home and abroad

Following up on the recent autumn preview, here are a few betting opportunities that you might like to consider before the political scene starts to hot up again – naturally the usual caveats apply. Feedback on individual selections welcomed.

Norway votes on 14th September and didn’t get covered in the autumn preview, but Labour’s Jens Stoltenberg to be re-elected Prime Minister is 2/5 (in from 1/2) with Ladbrokes and looks good value to me. Stoltenberg is only 1.28 (2/7) on Betfair, Labour have a comfortable lead in recent polls and the greater unity on the centre-left of Norwegian politics compared to the centre-right also increases the chances of Stoltenberg becoming PM once more. For those who like to bet odds-on, well worth a look I think. We’ll be taking a closer view of Norway nearer to the election.

There’s a rash of bets here from

PaddyPower. The government now no longer has a majority which may well mean a general election in the not-too-distant future, possibly early next year. I’d strongly recommend backing Fine Gael leader Enda Kenny to be next Taoiseach after the next election at 8/15 – personally I think this is nailed on and is excellent value, along with the 1/2 Fine Gael + Labour to form the new government after the election.

In the re-run Lisbon Treaty referendum due on 2nd October, the Yes result is priced at 1/4 (in from 1/10), but I wonder whether there might be some value on the Paddy Power percentages market. PP make 60-65% Yes favourite at 6/4, but might 55-60% at 9/4 offer better value? For those who think that the Yes vote will underperform once more, 50-55% Yes is available at 5/1, so the 6/4 could be combined with the 5/1 as a saver to cover everything up to 60% Yes. Given that Yes is drifting in the overall market, this may be worth consideration.

There’s been plenty written on PB and elsewhere about the Megrahi release, but what will its impact, if any, be on the markets? My view is that it may have faded as an issue by the time of the Westminster election in 2010 and the Holyrood election in 2011, but I think that its impact on the Glasgow NE by-election will be slightly negative or neutral – if indeed it will resonate much at all. However, I think that Labour will hold the seat in November, and the best-priced 8/13 for Labour at

William Hill looks the bet selection to take here. Other bets that have been aired recently on PB include David Lammy for Mayor at 16/1 in from 25’s, and HenryG’s advice to hang on to your John Cruddas betting slips: “back him at 7’s or above once his seat has declared” (currently 12/1).

Votes next Sunday and a recent poll here – but no betting markets yet for the world’s second biggest economy. Will any bookies reading PB be opening up some markets?