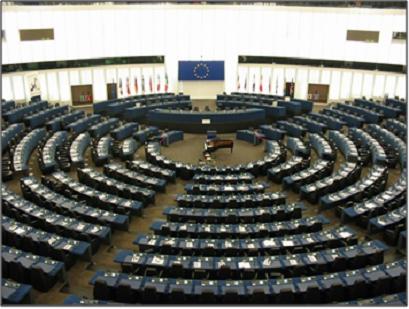 A guest article from Sean Fear

The only good thing about the form of proportional representation used for the European Elections last month is that it allowed people to vote with their hearts, rather than their heads. There was no need to vote tactically. People just voted for the party that they most agreed with.

Overall, the results were very good for eurosceptics. 25% of the vote went to parties that wished to withdraw from the EU, and a further 36% went to the Conservatives and Greens, who wish to repatriate powers from Brussels. Clearly, only a minority of voters who participated in these elections were happy with the status quo, let alone, supported further European integration.

Fortunately, YouGov carried out an in-depth survey of the views of 32,000 voters at the start of June. What it showed was that in the European elections, people were voting for the party that was closest to their convictions. In particular, it showed that people who voted for the â€œbig threeâ€ minor parties (UKIP, BNP, Greens) did so because they agreed with them, not because they represented a protest vote. This may seem unsurprising, but it has often been argued that people who vote for such parties only do so because they are unhappy with the mainstream alternatives. Clearly they are unhappy with the mainstream, but equally clearly, they are now voting for parties that share their convictions.

Equally striking is the difference in world outlook between those voters who opted for left wing parties, and those who opted for right wing parties. Among supporters of the Conservatives, UKIP, and BNP (and presumably, English Democrats) majorities favour stopping all further immigration, withdrawing from the EU, consider Islam to be a threat to Western civilisation, disagree that recent immigration has helped the British economy, and believe that white people are unfairly discriminated against. What marks the BNP as different to the other parties on the right is that many of the partyâ€™s supporters are genuinely racially prejudiced, and are very hostile to homosexuality. The views of Labour, Liberal Democrat, and Green voters are diametrically opposed (although large minorities of their voters hold right wing views on these subjects).

In all likelihood, the Conservatives will win the next election, quite comfortably. They are likely to be unpopular by the time of the next EU elections, once spending cuts start to bite. YouGovâ€™s survey suggests, however, that the Liberal Democrats and Labour may derive little advantage from this. UKIP and BNP supporters would have no reason to switch to parties that they hate, and in all likelihood, unhappy Conservatives are likely to switch to another eurosceptic party, rather than to parties whose convictions are so different from their own.

A eurosceptic, nationalist majority, among the voters, seems to be a permanent feature of British (or at any rate, English and Welsh) politics. There must be a very good chance that at a time of mid-term unpopularity for the a future Conservative government, UKIP, and not Labour, will be the favourites to top the poll.

Sean Fear is a long-standing contributor to PB