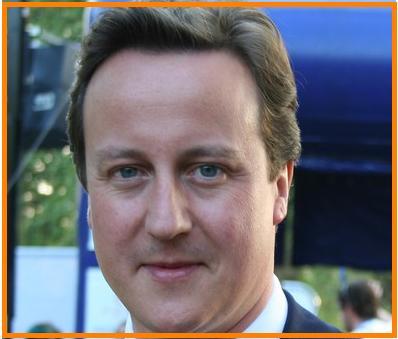 Is Dave’s style to pounce once others have made mistakes?

It is clear that David Cameron is a successful leader of the Tory party, while in opposition. All successful leaders have a style, so identifying Cameronâ€™s methods might give valuable insights into the betting value of certain policy announcements.

Cameron has been accused of opportunism â€“ grabbing whatever concept is currently popular and going with that.

Iâ€™m not sure that covers the facts. The way in which the Tories left the EPP is of interest. Cameron ran for the leadership with leaving the EPP grouping as an announced policy. Soon after his election he faced a revolt by Euronationalist* Tory MEPs. Instead of fighting them, he apparently backed down.

Additionally there was a fight by the same group to prevent the party membership gaining control of the ordering of candidates on the party lists. This would have meant, in effect, that the activists could have deselected MEPs by placing them a long way down the list. Cameron gave the MEPs the protection they desired â€“ from the members of their own party.

In doing this, they had burnt their own boats in the party. Threats of renouncing the whip, defecting or re-opening splits on Europe over the EPP were bad enough. But the demand that they should be protected from their own party members went down very, very badly.

Added to their stubbornness over publishing expenses (at the time of the Conway affair), they lost much of what support they had in the party. Terminally weakened by their apparent victories, Cameron has taken back control of policy from them and reduced them to an irrelevancy. Leaving the EPP was the final step in this.

Similarly, on seconds jobs for the cabinet, publishing MPs expenses, the A list, removing the bed blocker MPs etc. Cameron has pursued a similar methodology â€“ take a position, retreat temporarily if required and wait for the opposition to make a mistake and present an opening. Opportunism? Or politics as the art of the possible?

What can we say from this? It suggests that Cameron will not attack head on. No 10% instant cut on everything in the public sector, for example. His plan to publish all government spending online could lead to the kind of outrage we have seen over MPs expenses â€“ opening the door to cuts with the public on his side. On Europe, he will probably wait for a very unpopular policy from Brussels â€“ the single market in health care** is a possible fracture point.


*Euronationalism is better term than Europhile, I think. Europhiles display nationalistic loyalty to Europe and often disparage the nationalism of the country they come from, in contrast. This explains why they do not understand Euroscepticism and cannot take it seriously â€“ to a true nationalist, those who do not share his/her beliefs are largely irrational. The Tory variant of Euronationalism tends to come from the Heath era â€“ the managed decline of Britain and anti-Americanism combined to suggest that the best course was to adopt the French policy of building a new superpower.

**The EU courts have ruled that there is a right to health care. Within the next few years, rulings that people must be able to get health care anywhere in the EU in a seamless and smooth fashion will be fully implemented. That means being able to use private and public hospitals anywhere. Since under EU rules it wonâ€™t be possible to discriminate according to location, people wonâ€™t have to travel to France to get a faster operation. The nearest BUPA hospital will do…