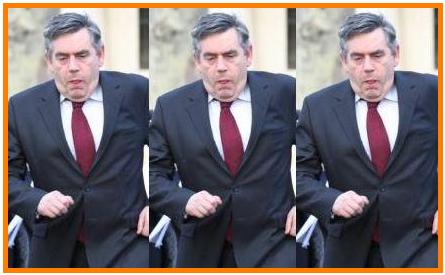 Will the “dignified exit” then come in September?

Ever since his survival after the June 4th elections disaster there’s been talk that a deal was done with Mandelson during those critical few days for Brown to be allowed to stay so he could have a “dignified exit” at a less frenetic time.

This, I believe, is the sub-text of much of what is going on at the moment with Simon Carr putting it clearly in the Indy this morning.

“And for some weeks it has been quietly said that Mandelson will bump him â€“ or cause him to bow out â€“ at the spring conference and install Alan Johnson so that Labour can go straight into an election campaign. In breaking news, if the Commons means anything, that date with destiny will be brought forward to the autumn conference.”

The first hurdle for Brown has always been in getting through to the end of the parliamentary session in just two or three weeks time. We then go into the summer vacation when things will be much quieter giving Mandy and Brown the opportunity and space to plan for a dignified announcement in September before or at the Labour conference.

The big reason why there was no June exit was the fear that they would then have had to have an immediate general election. Getting through to September changes a lot of that. The contest to find Brown’s successor would take place in the autumn with the new person taking up position in the run-up to Christmas. She, but most probably he, would then say that the election would be held once British Summer Time has come in at the end of March.

In a way Berkow’s election as speaker makes things harder for Brown. For a quieter and more ordered PMQs makes it, I believe, much easier for Cameron and Clegg. They don’t have to shout above the babble and can be much more forensic in their probing.

Am I betting on this scenario? I have 7/4 on Brown being the first of the three leaders to go and 5/2 on change in 2009. I’ve also got a 20/1 bet on Alan Johnson being PM at the end of the year as well as 10/1 that he’ll be the next leader whenever that comes. My biggest activity, in normal times, is on the commons seat spread-betting market. But I’m keeping away from buying and selling Labour seats because prospects for the general election could look very different if Gord does step aside.