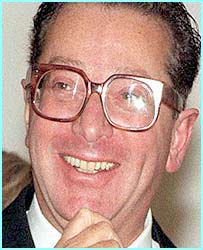 The Conservative Conference this week has been the first public “outing” for the new re-branded party that’s been created by the new Co-Chairman, Maurice Saatchi – one of the legendry advertising guru brothers behind the 1979 election campaign that led the Tories to victory and heralded the start of the Thatcher era.

The Saatchi skill is in finding the phrase and the image that encapsulates the public mood.

The new “low key” non-controversial look for the party has extended to everything – the policies, the speeches and the visual impact. No doubt this has all gone through focus group after focus group and will surely set the style for their coming election campaign. The web-site has upgraded and there’s been a subtle change in the party logo to reinforce the “time-table for action” theme.

One striking feature was Lord Saatchi’s dubbing of Tony Blair as “Messianic Man” – is this a foretaste of how the Tories will portray the Prime Minister, no doubt backed by a huge advertising budget?

And you have to concede that the Saatchi approach has been a success with the party faithful – a conference that should have been dominated by post-Hartlepool gloom and that the 28% Populus poll share appears to have provided a spring-board for the activists.

The vibes have been so good that William Hill emailed us to report that one Sheffield gambler had placed a £2,000 bet on the Tories to win most seats at 7/2. This is not a bet we would recommend – and anyway he could have got more than 5/1 on Betfair!

Whatever the Tories have a long way to go – they have a mountain to climb. Even Saatchi’s prediction of 103 gains only puts them on 268 seats – 55 short of winning a majority. It’s hard to call anything but Labour to win most seats but the Saatchi magic has worked before and with the three main three parties polling between 25-35% it only requires very small shifts for things to happen. Latest prices.