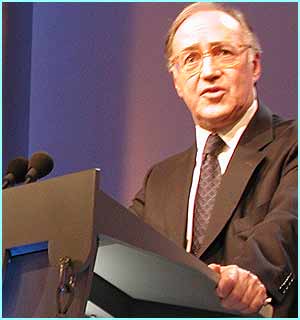 Cashing in on changes in market sentiment

With UKIP losing its major donor and a reasonably favourable reaction to Michael Howard’s conference speech could this be the time to back the Conservatives on the spread markets?

One of the great features of betting exchanges and spread markets is that you can make money by betting short-term on your assessment of market sentiment – not on the ultimate outcome.

And we believe that sentiment is going to move one or two steps back towards the Tories who are now priced at 206-214 seats with SportingIndex and 200 – 208 seats with IG. At the end of April the Tory price was 243-253 seats – so there’s quite a margin that could be made up.

Michael Howard’s party is still miles away from being able to challenge for 324 seats – the number required for a majority. We are talking here about relative movements and there a several factors that could affect the way political gamblers see the Tories.

The UKIP split between the Robert Kilroy-Silk position and that represented by their main donor, the multi-millionaire, Paul Sykes, has already changed the market view and the Tories are up a notch. The threat seems so much less than it did last week.

Labour’s electoral system bonus that gives them many more seats compared with votes cast might not be as great as was being predicted. Many pundits are now waking up to the electoral impact of Lib Dems tactical voters not doing so again.

Michael Howard is having a good conference and his speech yesterday has been given a favourable reception. With UKIP and Respect reducing the share going to the main parties then just holding the core Tory vote might be a good strategy.

Labour’s decision to focus on law and order is taking the political debate onto Tory territory where Tony Blair’s party is always second. Just as the Conservatives can never win on the NHS Labour are always going to take a beating here.

The anti-hunting legislation will help the Tories reduce UKIP defections and bring in more activists. and possibly affect market sentiment. These people love fox-hunting more than they hate Brussels.

Buying the Tories now, particularly at the IG price of 208 seats, could produce a platform for short-term profits just as buying the Lib Dems at 58 seats in June did.