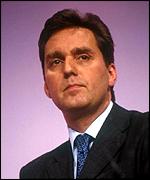 “A bully & a big-mouth” – Matthew Parris, The Times

With a Times commentator calling him this morning a “bully and a big-mouth” Alan Milburn has been installed as 3/1 second favourite to succeed Tony Blair as permanent Leader of the Labour Party by William Hill who make Gordon Brown 4/6 favourite and also offer 16/1 Charles Clarke, Jack Straw; 20/1 Patricia Hewitt; John Reid; 25/1 David Blunkett. This market is not yet available online.

The move follows the ructions in the party between the Brownites and the Blairites which have built up since Milburn return to the Cabinet was announced. Stephen Byers, a former cabinet minister and ally of Mr Milburn, stepped into the row by raising the prospect that Mr Milburn could become the next Prime Minister. In an interview for GMTV he said: “I think he would be an excellent leader of the Labour Party and an excellent prime minister.”

The new William Hill market is different from the existing one on who will be Labour leader at the General election where Milburn is 23/1, Brown 7/2 and Tony Blair the 1/3 favourite.

A possible political consequence of the Blair-Brown row is that it will be be the focus for commentators at the Labour conference at the end of the month which takes place in the same week as the Hartlepool by-election.

Everything said by either men or their camp supporters will be scrutinised by the media and this could dominate the conference. This in turn might affect the by-election where Labour are firm favourites to hold on.

The date took the other parties by surprise because Labour had heavily briefed the press that the Hartlepool by-election would be on 7th October – a week later.

With the newly acquired status of possible next Prime Minister Milburn is going to be in the media spot-light in the coming weeks. Today the Times’s acerbic commentator, Matthew Parris, makes a vicious attack on Milburn’s style. He writes:- He is a bully and a big-mouth. He is super-confident, shameless, sharp-minded, aggressive and fluent. He is never at a loss for words. He impresses, yes, but he alienates. He can easily get his mates cheering behind him but does not leave the undecided better-disposed to his case than he found them.