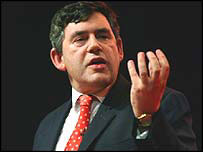 The price on Gordon Brown being Labour leader at the General Election has moved out and that on Alan Milburn tightened following Tony Blair’s Cabiner re-shuffle that sees a return to office of the former Health Secretary.

In just four months the odds on the Chancellor making it to Number 10 before the election have slumped from touching evens at one point in May to about 7/2 today. Milburn had been at 250/1 and is now down to 22/1 as people see his future in a different light following the appointment to his new role. The only active market has been on the Betfair betting exchange where prices can change rapidly.

And it might be that the side-lining of Gordon Brown in Labour’s General Election planning process could spark off off a chain of events that leads to Tony Blair going. Who knows?

If Margaret Thatcher is still in communication with the Prime Minister she might remind him that the side-lining of Nigel Lawson as Chancellor in 1989 provoked a chain of event that led to Geoffrey Howe’s famous resignation a year later which was the prelude to her departure.

Gordon Brown has shown in in the past that he’s reluctant to be the assassin and it’s hard to envisage other events that could threaten the Blair leadership.

These “political people” markets are great fun to play but hard to read. Unlike elections where political gamblers have an array of polls and other data to fall back on those really “in the know” can be counted on the fingers of one hand.

We think Blair will stay and have no strong view on a successor if he were to go. Our long-standing “if it’s not Brown” choice has been Jack Straw who still stands ahead of Milburn in the betting. But for how long? If you like betting on long-shots then Milburn at 22/1 might be worth it. And if the Brown odds move out a touch then there might be value there.

HARTLEPOOL UPDATE. Following the fixing of the by-election date William Hill have as they said they would opened a market and they make Labour a very firm favourite.