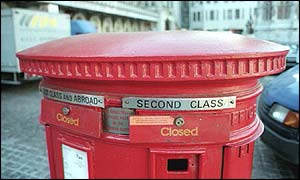 .
The Chief Executive and campaign guru of the Lib Dems, Lord Chris Rennard, has done a brilliant job attacking the postal voting experiment and not just over printing problems, the prospect of sealed letter boxes because of industrial action and fraud. He has rightly pointed out the constitutional implications of the Government ignoring the Electoral Commission’s ruling on the scale of the experiment.

But will Lord Rennard’s first action after the Euro Election not be on the postal voting debacle but to have a quiet word with Charles Kennedy about his future?

Could it be that all 3 of the men who led the main parties just nine months ago might be out of their jobs by the General Election?

Already IDS is gone and there is little doubt that the pressure is on Kennedy and Blair.

The less than helpful comments in recent days by John Prescot are putting the focus on Blair – if the Prime Minister is secure then his usually forthright deputy should be saying so clearly and not raising more doubts with every utterance.

If the poll prediction that the Lib Dems might come in 4th place behind UKIP turns out to be correct then the “dump Kennedy” calls within the Lib Dems could be impossible to stop. He is already blamed by many in the party fo not taking the huge opportunity available to the party during the hapless Tory leadership of IDS.

Only being able to come 4th in the post-Iraq war climate would confirm everything his party detractors have been saying.

We have been saying for months that we have not been convinced that either Blair or Kennedy will go but that at least one of them might. Our ongoing call has been to LAY Kennedy and Blair in the Party Leaders -market.

We now believe that as well there is good value in backing the NONE option – meaning that both Kennedy and Blair will be gone. The prices, at 10 or more are still good value.