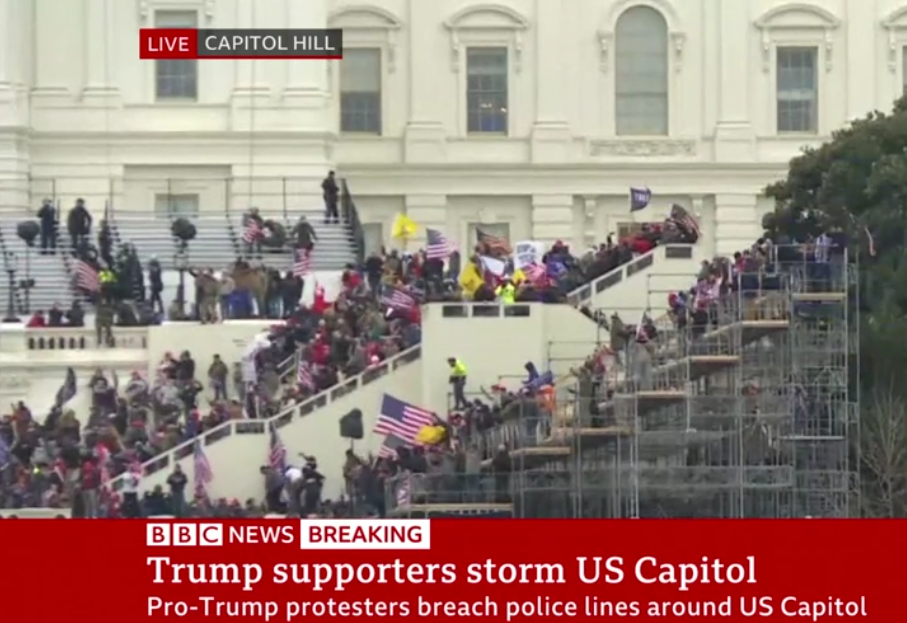 We’re still allowed to take daily exercise and I expect that most readers do.  If, like me, you go for a walk, you have no doubt been treated to the experience of an unleashed dog bounding up to you. As it barks and jumps, you regularly hear the owner breezily assure you: “don’t worry, he won’t bite”. On such occasions, an ex of mine used to reply sardonically: “fuck me, a talking dog”.

Academics working in political science have spent many years analysing and classifying politicians. Papers have been delivered at symposiums.  Books have been written for the laity. Twitter feuds have been fought. Woe betide anyone who misuses the word “populist” or who calls every illiberal authoritarian a fascist. One hopes (but does not expect) that some of them are feeling a bit more humble this week.

Now, as a lawyer I’m certainly not going to mock anyone who coughs in ink. My career was built in large part around definitional questions (many a lot more tortuous, less useful and abstract than these). The limitations of definitions, however, aren’t recognised enough.

We certainly benefit if we can distinguish between politicians who are unusually keen to be crowd-pleasing and those who see their own political legitimacy as being drawn from their ability to channel the will of the people. There’s nothing more dreary than hearing someone lazily label as fascist a politician who is appreciably to the right of them. Having a set of criteria to judge whether someone is fascist is more helpful.

As we are seeing right now, however, putting politicians into categories and then making firm deductions about them based on those categories is a serious mistake. While it is useful to differentiate between crowd-pleasers, populists, illiberal authoritarians and fascists, the boundaries between them all are drawn in smudged chalk. Are you really confident that, for example, Jair Bolsonaro would not try to mount a coup in Brazil if he felt he needed to? These dogs might bite after all.

Because politicians don’t act by reference to externally-assigned categories.  They act by reference to their potential and to events. Solon in Ancient Greece said: “Call no man happy until he is dead, but only lucky.” Similarly, until a politician has retired, you can’t finally categorise them. If Maréchal Petain had died in 1920, he would be remembered to this day as a French national hero.

Far too many commentators forgot that about Donald Trump. His malign potential was apparent long ago. His contempt for opponents, his childish self-love, the way in which he personalised politics around himself, his building of a fanbase that idolised him, his indifference to violent disorder when he benefited from it, his indifference to the truth – all of these things were evident at a very early stage. It was that potential that his many critics were identifying when they were labelling him as fascist.

Wednesday’s events were truly shocking. They were not terribly surprising.  Donald Trump has whipped up his supporters into a frenzy with baseless claims that the election was in some way stolen from him. Since the election he had removed numerous officials who did not accommodate him. He had sought to strongarm officials and suborn them to his cause. Every previous living Secretary of Defence had been sufficiently concerned about the risk of an attempted coup to join in trying to warn him off.

The coup failed – not through lack of intent but through lack of competence. What comes of it will depend on the strength of the American state.  Right now that doesn’t look robust at all. There have been quite a few references made to the Bierkeller Putsch this week, but it reminded me more of Napoleon III invading France in 1840 with a vulture as mascot in place of an imperial eagle. That was a fiasco. Eight years later he was France’s first president, a status he converted through a much more successful coup into emperor three years after that.

Historians have long argued whether Napoleon III was a proto-fascist.  Again, this is putting the cart before the horse, reducing Napoleon III to a warm-up act to the star turns of the 20th century.  He was ruler of France for more than 20 years. He needs to be considered in his own right and on his own terms.

As for the USA and for Donald Trump, the future is not yet written for either. What happens next depends on what they do.  Donald Trump has not suddenly unlocked a toolbox of actions ascribed to fascists, now that it has become academically acceptable to describe him as one. To put it in legal terms, the categories of political science are descriptive, not normative. Just as before, Donald Trump will act in accordance with his character and opportunities, as will his acolytes.  By all means continue to use precise categories for describing them. Just don’t treat them as predictive tools.