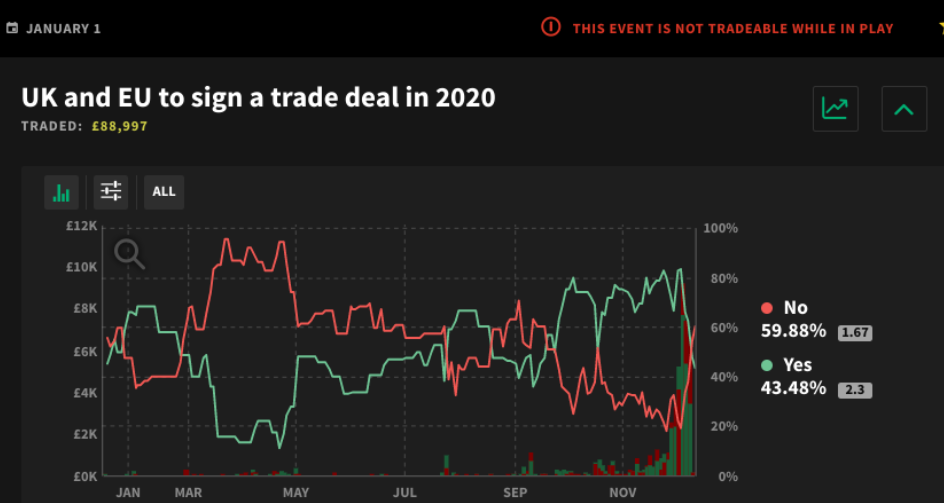 The big news in the UK is that so far Boris Johnson has failed in his attempt to reach an agreement with the EU on the terms of a tree trade deal that would come into effect once the Brexit transition period.

The betting chart from the Smarkets exchange shows the movement and things could develop very quickly.

I remain of the view that a deal will be reached and what we are seeing is the usual going right to the wire approach that seems to be a characteristic of EU negotiations.

If there is no deal then just about every negative development to the British economy for decades looks set to be blamed on it and that will do little to help Johnson’s reputation. The stakes are not quite as high for the EU but there is a huge risk of this being allowed to happen.

I have a bet placed some time ago that there will be a deal.