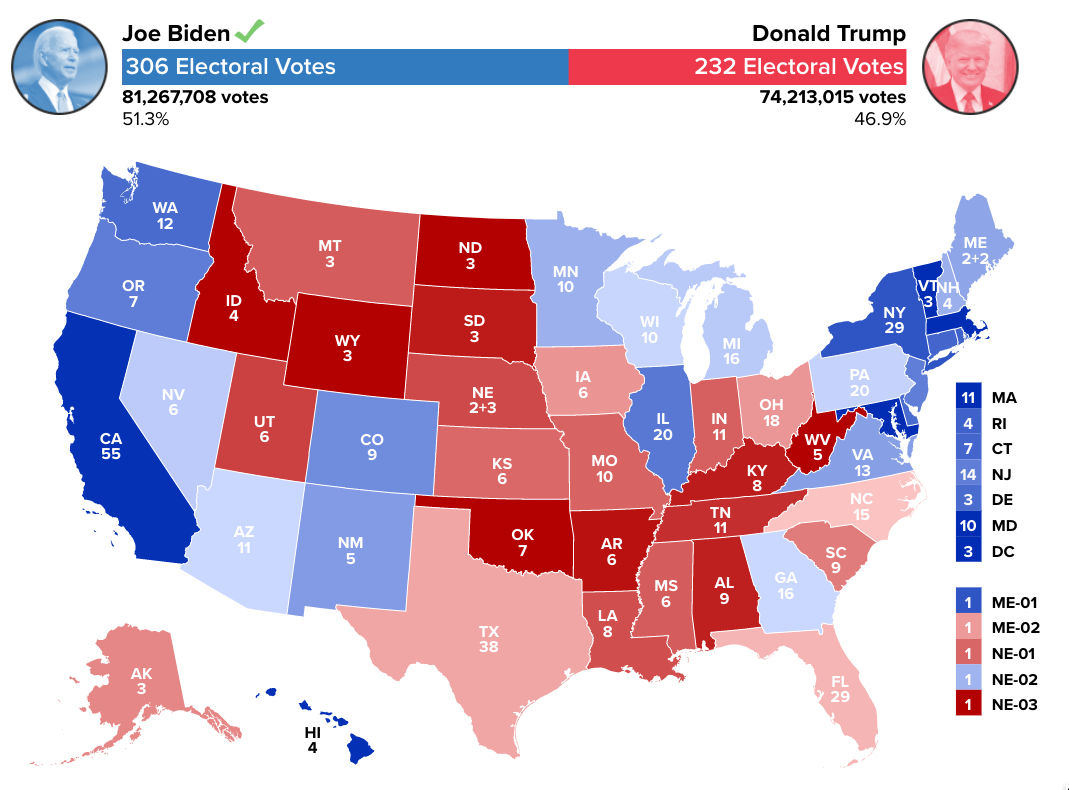 We have had a fair go at Betfair in recent days for its failure to settle the main WH2020 which, according to its initial market rules, would be based on which candidate had the most projected Electoral College Votes. This was something that was settled in the eyes of the US media exactly four weeks ago today.

That was enough for just about the rest of the UK betting industry to settle the main market including Betfair’s two rival betting exchanges, Smarkets and Betdaq. Since then about £1bn of matched bets have been added to the Betfair’s total all of which will provide a healthy commission to the firm when it gets round to accepting the blindingly obvious.

There’s another market which has been even more clear cut – the popular vote winner which has seen upwards of £40m of matched bets. In Betfair’s rules for this market it states “Note: This market will be settled upon popular vote percentage figures as published by CNN.”

This is the latest from CNN on the popular vote count.

President-elect Joe Biden‘s margin over President Donald Trump in the nationwide popular vote is now more than 7 million votes and may continue to grow as several states continue counting votes.Biden’s lead over Trump is the second largest since 2000, and is about two and a half times larger than Hillary Clinton’s popular vote lead over Trump in 2016.As of Friday morning, Biden had won about 81.2 million votes, the most votes a candidate has won in US history, and Trump had won about 74.2 million. Trump’s vote count makes him the second-highest vote earner in American history.

Sure of batches of votes continue to dribble in usually in their hundreds not thousands and these will almost certainly add to Biden’s lead.

I am sure I am not the only punter who will think twice about using the firm in the future.