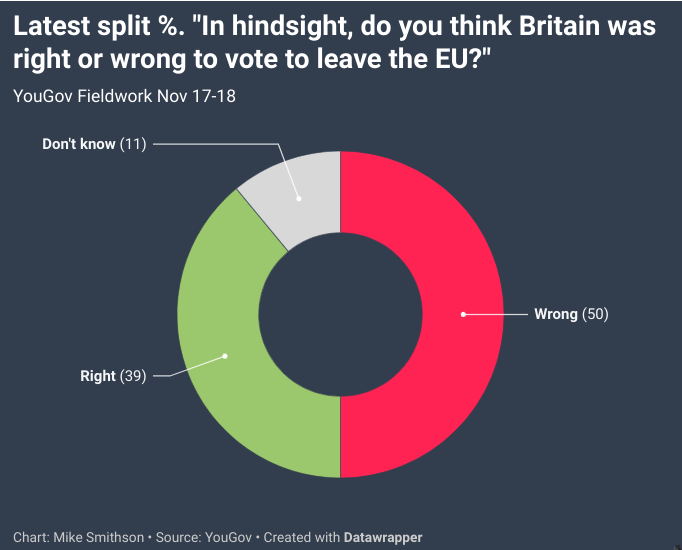 And LAB will now back a deal in the Commons

With things being dominated by the American presidential election we have hardly looked at the ongoing effort by the government to come to an agreement before the the end of the Brexit transition at the on New Year’s Eve. If that doesn’t happen the UK has no deal and is in very uncertain territory.

In a new move tonight LAB has said that it will back the deal that emerges which effectively undermines efforts by some hard line Tory Brexiteer MPs who might want to vote against. Johnson has the numbers at Westminster.

The latest polling, featured in the chart, will be helpful to Ministers as they try to push whatever emerges from the latest discussions through the Commons. The finding is from the question from YouGov has been asking it at least twice a month the since the referendum in 2016 and the gap between those saying Brexit is right and those saying Brexit wrong continues to be in double figures.

We were told a couple of days ago and that the deal was about 95% agreed the only problem of course is that the remaining 5% is clearly the most contentious stuff that might take real effort for a compromise to be found.

The betting is that a deal will be reached.