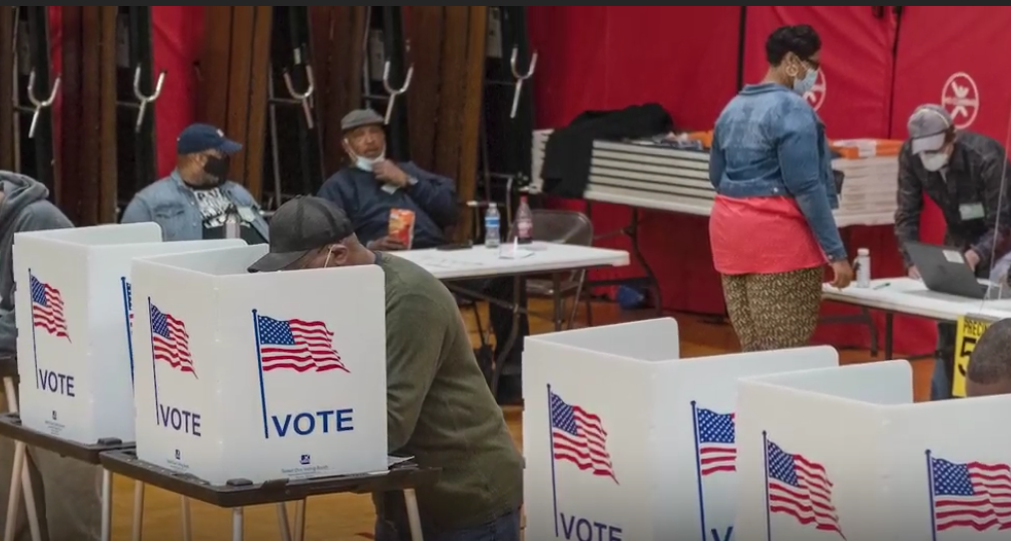 We are all aware of the mighty election battle that takes place in Georgia on January 5th in the runoff elections that could determine whether the Republicans or the Democrats control the Senate. If the Republicans hold the seats then they retain a majority. If the Democratic party wins both seats then with the casting vote of the Vice President, Kamala Harris they will have control albeit by narrowest of margins.

Yet as the Washington Post notes for the Republicans to suggest that the outcome determines who controls the Senate doesn’t fit with Trump’s assertion that he’ll have a second term.

Democrats tell their audiences that victory would give Vice President-elect Kamala D. Harris a tie-breaking Senate vote, unlocking the party’s agenda. Republicans warn that there’d be no stopping the Democrats if the Senate seats are lost. But so long as Trump remains unwilling to concede, they’re unwilling to explain exactly why.

For Biden’s party the message is dead simple and there’s a powerful reason why party supporters should turn out to cote. For the Republicans currently it is not so straightforward and in a very tight election race that could be critical. Remember that Georgia was an unlikely gain for the Democrats in the Presidential election.

Currently the Republicans are odds on favourites with the Smarkets exchange to retain control of the Senate – I’m on the Dems at about 3/1. The Betfair market is messy because they don’t include two Senators who caucus with the party as part of their total. Given the political reality and how the US media reports it Betfair’s approach is nonsensical.

Smarkets make it clear by stating that the Dem total is defined as “sitting US Senators .. elected on a Democratic ticket, or have publicly stated an intention to caucus with the Democratic Party (such as independent Senators Bernie Sanders and Angus King).”