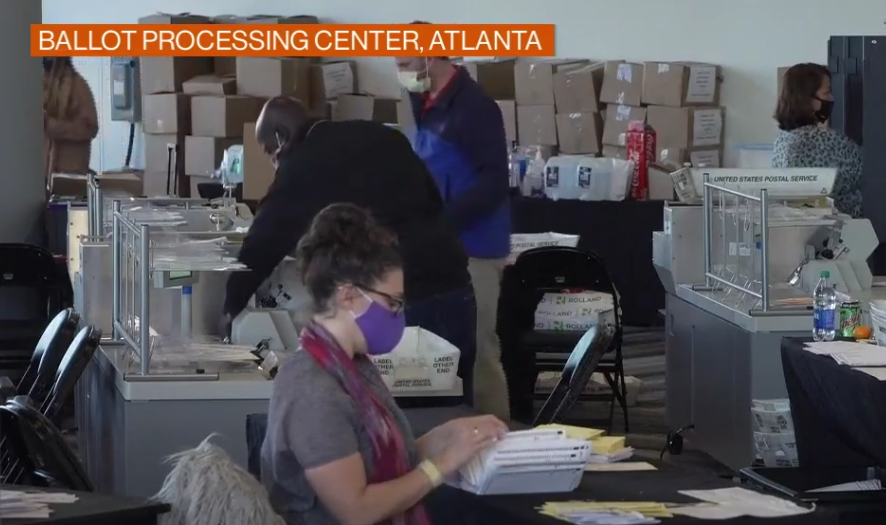 Could we know by the end of the day?

The screen grab above is from Georgia – one of they states where there’s just a possibility of a Biden victory which, if it happens, could lead to the media at least calling the overall result of the election.

On the Betfair exchange betting continues at a fair pace and so far the total matched bets is just short of £500m – half a BILLION pounds. On top of that are the key state markets.

At the moment Biden is fortunate that he has several paths to victory and his campaign is making confident noises about Pennsylvania which if it comes today could seal his victory.

Whatever the race is much much closer than the polls.