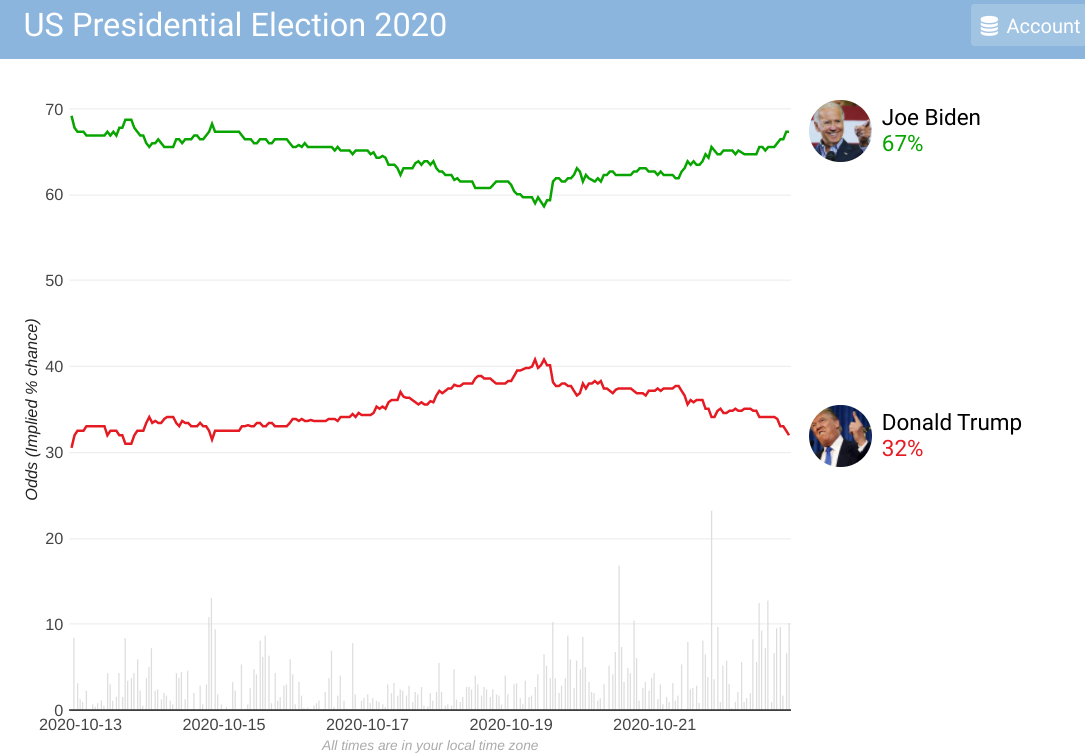 Overnight there is the last in the programme of TV debates between Trump and Biden. There were going to be three of them but Trump would not agree to the terms set out by the independent debates commission which meant second one did not take place.

Tonight’s event includes a new feature – the contenders will be muted while the other is making statements.

This comes at a time when maybe a third of Americans have already voted with in two or three states the early voter segment being more than half the equivalent of those who voted in 2016.

No doubt Trump will try to use the occasion to raise allegations about Biden’s son’s business dealings which so far he has struggled to raise. At this point these have failed to resonate.