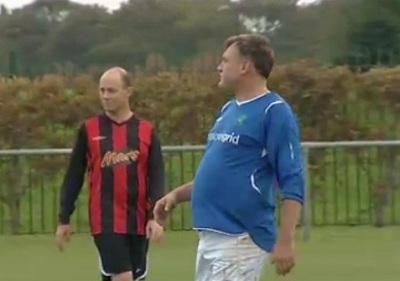 Sport here: according to #FT some around @Ed_Miliband think @edballsmp "may have to be sacrificed unless things turn around"

LAB slips further on the economy

When Ed Balls was made shadow chancellor in January 2011 the Tories had a lead of just 2% in YouGov’s tracker on best party on the economy.

Today’s YouGov has that at 7% which equals the largest Tory lead this year. Even more worrying for Labour is that time is ticking away and we are now just 19 months from GE2015

This comes after a period when there should have been easy hits for the red team in this key area. Somehow Ed Balls fails to score.

The problem is that Labourâ€™s front bench is hardly bristling with talent. On paper Rachel Reeves would be a possible replacement but she’s yet to prove herself as an effective communicator.

If I was EdM I’d opt for Mrs Balls, Yvette Cooper. She would present a big challenge for Osborne who is hardly in the first division himself when it comes to communication skills.

I recently met Yvette and was very impressed. George would have his work cut out.