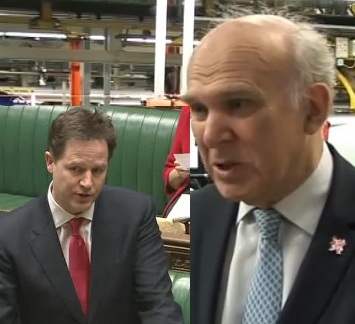 55% of LD members polled want Clegg to lead the party into GE2015 while 38% want him to stand down before then.

58% of LD members polled by LD voice say they're satisfied with Cleggâ€™s leadership a net +18. A year ago the same poll had a minus 2 rating

Every year in the run-up to conference season the LD Voice website carries out an online survey of party members. Today we have the views of the leadership which sees a big change for Nick Clegg.

Last year’s “poll” took place in a much more hostile environment for the leader and he only start to turn things round when he announced the veto on the boundary reforms.

A year ago all the talk was of Vince Cable taking over. Now you don’t hear that so much.

The other factor is declining party membership. You can assume that those who’ve remained are likely to those who have left.

Whatever having a fairly united party behind him will help when general election hostilities start in earnest in 20 months.