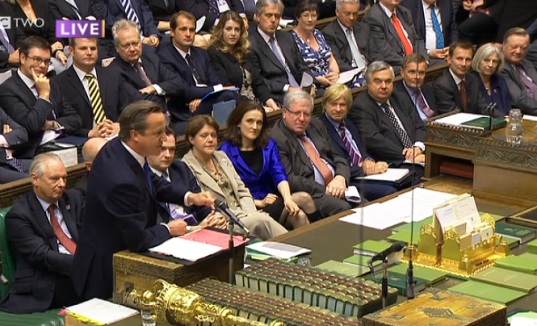 Ed Milibandâ€™s decision to clamp down on the number of Labour MPs who have second jobs caused some surprise the other week. Following the 2015 general election no Labour MP will be able to work more than the value of 15% of their salary. Miliband called on other parties to follow suit. The way this story was reported suggested that if this policy was a stealth attack on the Conservative Party. But why?

There are a number of Labour MPs who have second jobs and additional earnings in recent years. Gordon Brown donates all of his Â£1.37M of outside earnings to charity which is preferable to financially profiting himself, but thatâ€™s still not fully satisfactory. Heâ€™s either an MP or heâ€™s not. Most recently former minister David Blunkett has decided to cash in for Oracle Capital Group while still serving as an MP. Conservative MPs profit four times as much as their Labour counterparts. Conservative MPs have personally benefitted from Â£4.3M of outside work. Why is it that so many more Tories think it is acceptable to profit from these directorships, consultancies and outside work?

Nadine Dorries received a huge amount of criticism for her appearance on a reality TV programme, but far less visible is the very well paid consultancies of her colleagues. Geoffrey Cox took made Â£417,000 from his work as a barrister alongside being an MP. Was Nadineâ€™s crime a lack of discretion? How that must have grated with her. Perhaps the typical Conservative MPâ€™s constituencies arenâ€™t as demanding as those in less affluent constituencies of Labour colleagues who have to deal with huge volumes of case work on benefits, immigration and housing matters? But there must be issues of concern in true blue heartlands that need raising? Surely Conservative MPs would want to be pressing for new policies or legislation on issues that matter to them while their party is in office? Or at least trying to curry favour for promotion? Diligent Lib Dem MPs donâ€™t have time to take up such paid work. Theyâ€™re more likely to be found either in government or are tramping the streets defending their seats.

The argument put forward by some is that additional jobs enhance their work. I find that hard to swallow. If it does assist their job then do it for free.

I donâ€™t see any MPs taking on minimum wage jobs or volunteering in a food bank as party of their additional activity to inform their work. Is it really a coincidence that almost all the additional jobs come with a bag of swag?

When Lynton Crosby was to give the Conservative Party impartial advice it would be to emphasise the partyâ€™s sense of public service in â€˜making tough decisions to put the country on a firm economic footingâ€™. They should be following similar proposals to those of the Labour leader in the run up to the general election and try and demonstrate how they have some inkling of how the other half live. Cameron’s dismissal of a limit to MPâ€™s additional earnings suggests he doesnâ€™t want to ruffle the feathers of his backbenchers, making him a sitting duck.

Labourâ€™s position on second jobs wasnâ€™t a throwaway line in a speech or some summer parliamentary antics â€“ Ed Miliband is deadly serious about it. Heâ€™s right to do so. So many moonlighting MPs undermine parliament and diminish further the standing of MPs. Something stinks when affluent MP preach the need to cap the benefits of the poor but not their own earning power while theyâ€™re MPs. If the Liberal Democrats had any sense then theyâ€™d follow suit and back the Ed Milibandâ€™s proposals. Itâ€™s ethically and politically the right thing to do.