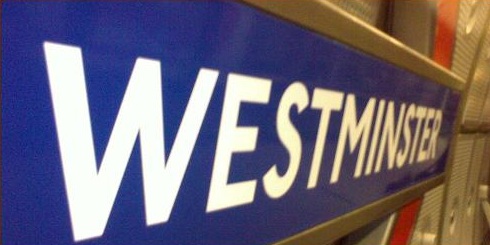 If the opinion polls hold up then at the next election we’ll have four parties polling at least 10% of the vote for the first time in almost a century (the last and only time it previously occurred was in 1918, with the two Liberal factions alongside the Conservatives and Labour all achieving double figures, with 1922 being the only other election to come close).

So what would this new state of affairs look like? In deference to Harry Hayfield’s article I’m shying away from declaring this a four-party system, it’s certainly a rarity for four parties to have this kind of vote and what you call this state of affairs is not hugely relevant.

In some way, it might not look much different, the likelihood is that UKIP’s realistic potential is in low numbers of seats, the Lib Dems will fall back and the make-up of the House of Commons will look more like a two party system than it has for many years.

This is going to lead to further talk about a change in the voting system, but little action. More than ever the two largest parties will want to hang on to their inbuilt advantages and talk about the issue being settled for a generation. Where I think there will be shifts is in a re-visiting of House of Lords reform, not least as a way of deflecting talk of wider reform but also while the opportunity is there for it to be done in a way that suits them reasonably well.

The battle for media attention will intensify, and a shift away from front-bench spokesman (particularly opposition ones and minor roles) and towards party leaders and small cadres covering everything and fighting for airtime.

In this crowded marketplace, the struggle for policy ownership is going to be fiercer and less meaningful. The media will enjoy asking front-benchers if their policy isn’t really the same as what another party will announce, and then watch them try and make chasms out of split hairs.

Plagiarism accusations will be thrown around, along with hints that (for one example) some Tory backbenchers prefer UKIP policy. With a competitor close by there’s less room for straying before questions about defection are asked at every turn and if not outright defection, then the possibility of joint candidates will be brought up.

Ultimately the feel is far more important than the reality, the general public’s knowledge of individual policy is small, it’s something they pay little attention to, and even less about whether someone else had the idea first. What will be much more important is the impression they choose to give (and the media take on that) whether the Conservatives will continue to distance themselves from UKIP or claim them as pointless imitations.

In seat numbers the House of Commons will have a more traditional two party dominated look to it than it has in a long while while vote-wise it’ll be more spread than ever; and while how we are governed will be defined by the seats, how it is covered and talked about will change with the votes.