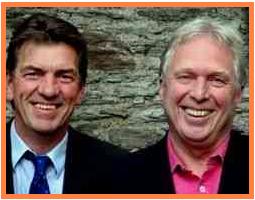 Ukip could beat the LDs on votes

Each year the Rallings and Thrasher electoral analysis duo from the University of Plymouth set out their predictions for the May local elections. Much of it is based on their assessment of national vote from the local by-elections that we now monitor on PB every week.

This’s year’s “unveiling” was due to take place at a special briefing organised by the Political Studies Association for Wednesday. That has been postponed because of the funeral of Baroness Thatcher so we’ll have to wait a week.

They have made some rough guesses based on applying YouGov polling to their national projection. This will be updated when we get their figures.

This is part of an article that they have written for the Local Government Chronicle:-

“The known unknown in this yearâ€™s elections is the performance of UKIP. Nigel Farageâ€™s party has recently made gains in local by-elections, its share in those seats it has contested is up by about 10 percentage points, and since the beginning of 2013 it has regularly outscored the Liberal Democrats in the opinion polls. It only contested a quarter of all divisions in 2009 but averaged 16% of the vote in those where it had a presence, boosted no doubt by its European Parliament election profile.

As a party without a clear geographical or social base, the first past the post system works against UKIP and any gains are likely to be numbered in the tens.

It does though have pockets of support in counties like Buckinghamshire, Surrey and West Sussex where it could prove an irritant to the Conservatives. Perhaps more surprisingly it has also polled well at local elections in parts of Lancashire and Staffordshire where it might ease Labourâ€™s task…”

That final point is spot on. Ukip’s impact is not just about them taking seats off the other parties but the impact of them standing will have in so many more places.

All of this makes it hard to predict.

All we need now are some betting markets!