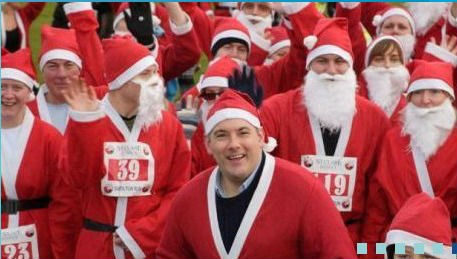 Last Christmas I took up the challenge of writing in praise of a Conservative MP I admire. As part of last yearâ€™s season of goodwill I chose David Davis This year I am taking my Santaâ€™s hat off to Harlowâ€™s Conservative MP Robert Halfon. Bob is defending a 4,925 majority but could prove to be very difficult for Labour shift for good reason.

Halfon is a truly campaigning MP. Not just interested in campaigning for himself, but for real policies and bread and butter issues that will actually help his constituents and many others. More importantly he has a proper feel for people that donâ€™t traditionally vote Conservative without losing his partyâ€™s core support.

He can stretch the partyâ€™s message and appeal into areas that others cannot. His main victory this year has been over fuel duty through the very successful Petrol Promise campaign. Conservative Home set out well how he achieved this.

As a result of this Halfon has been characterised as someone who sticks up for â€˜white van manâ€™, which he does, but there is so much more to him than that.

Firstly on fuel, this is a key issue for many public sector workers too and hasnâ€™t been taken up by their unions who missed a trick. Many experiencing pay freezes were increasingly anxious about the rising cost of living and those that use their cars for work (such as district nurses) have seen many of their previous allowances. Halfon chose a topic that would resonate with an incredibly broad swathe of individuals.

The Harlow MP also has something positive and thoughtful to say on trade unions. Earlier this year he stuck his head above the parapet and defended trade union members while reserving criticism for its leaders. He explained why the Conservatives should â€˜stop bashing the unionsâ€™ and drew on some older Conservative traditions that even co-existed under Margaret Thatcherâ€™s time as leader to say the party should have better understanding and relationships. I dare say a lot of this may have landed on deaf ears, but the fact he spoke against the consensus view will have earned respect. It was a reminder that he thoughtful and principled guy who is prepared to swim against the tide from time to time.

Looking ahead, if David Cameron and George Osborneâ€™s efforts to connect with â€˜striversâ€™ are to succeed then the answer surely must mean involving Robert Halfon. This year has seen greater recognition of his talents and the Conservatives would be wise to give him a much greater role in the run up to the election. Heâ€™s a decent fellow, a breath of fresh air and is a formidable campaigner respected and admired by his opponents. All parties could do with more MPs like Robert Halfon.